License or not, In The Game knows how to make a top-notch hockey product.  The design, quality, and value are almost unmatched in the industry.  Of course, this is all purely my opinion so you can feel free to think what you want. 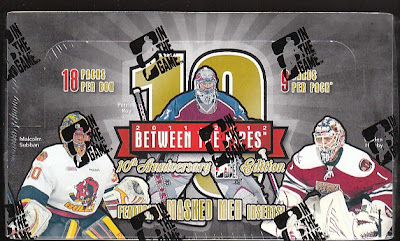 While at the last big Rosemont show in Chicago, I picked up what turned out to be my second 2011-12 ITG Between The Pipes box.  The first one I opened last year at some point and even video'd it.  I never posted about it though (maybe someday in a "lost episode").  At any rate, I wanted to share this now before I forgot. 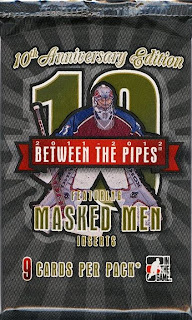 I'm not going to put a whole lot of commentary into this.  I think the cards speak for themselves.  I will just mention the fact that this is the 10th Anniversary of Between the Pipes and might be the best release ITG has done.  Each box contains 18 packs with 9 cards per pack, typical of a standard ITG release.  There are Masked Men inserts, of course, as well as Anniversary inserts, various types of autos, and GU cards.  As for guarantees, I believe there should be 2 autographs, 2 GU cards, and a host of inserts including 3 Masked Men cards  Lets check them out.
First, the base cards...There is a sampling of a few of the subsets you will find in here, Penguin heavy of course. 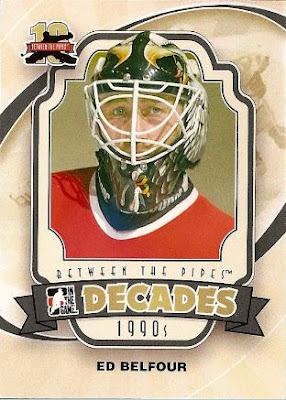 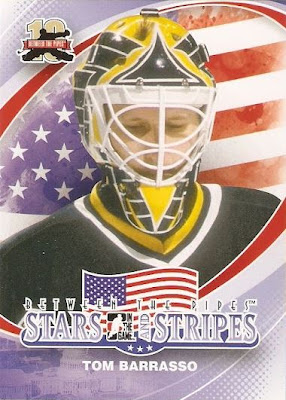 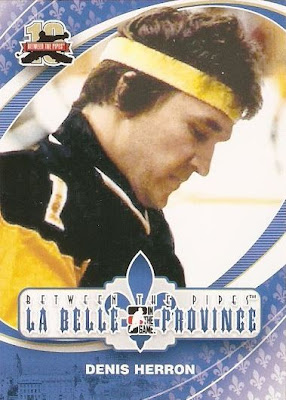 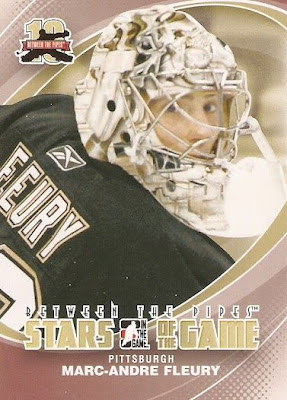 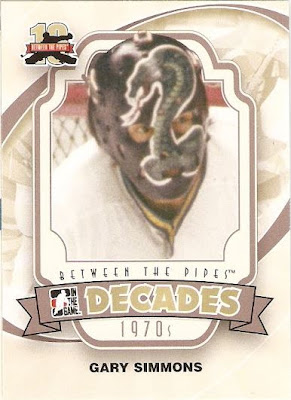 On the inserts, I got the 3 Masked Men I figured that I would as well as 2 Anniversary cards...check them out. 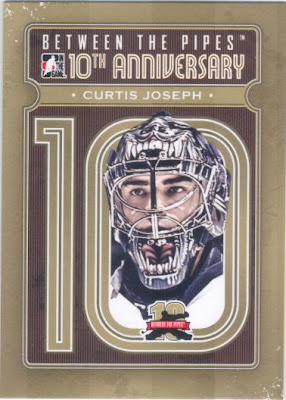 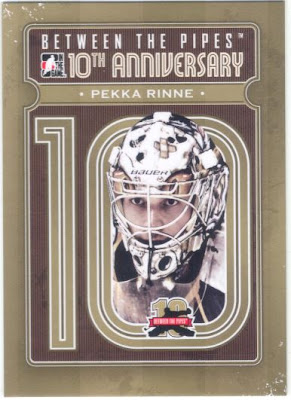 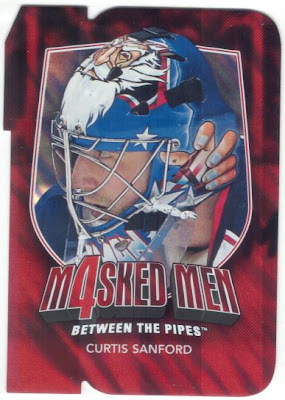 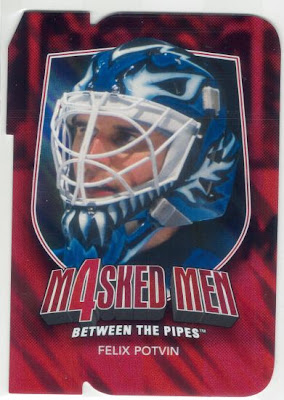 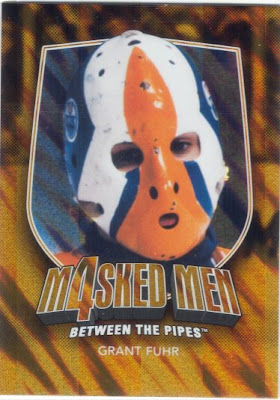 And now the "hits".  I received 2 autograph cards, one of a Future Star, the other of an almost forgotten goalie of the 1980s 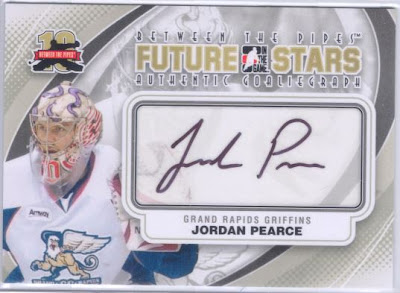 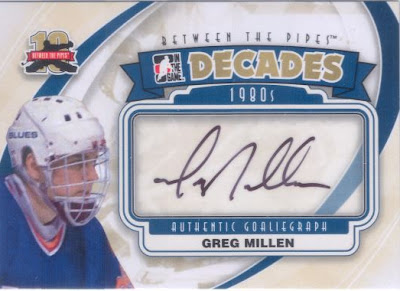 And for the Game Used, I also received 2.  One was a Patch card while the other was a dual-memorabilia.  Here they are. 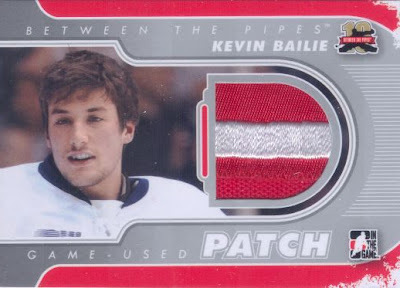 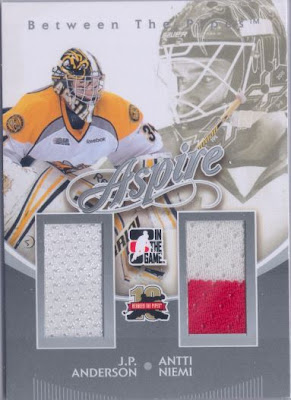 As I said before, great product full of value and excitement to open.  If you can find these under $70, snag it.  You will be happy you did.
This Post Brought To You By dogfacedgremlin at 7:00 AM

Email ThisBlogThis!Share to TwitterShare to FacebookShare to Pinterest
Labels: 2011-12 ITG Between The Pipes, box breaks