I've been hard pressed for time and hard pressed for ideas as of late.  With the NHL season winding down and the 2nd season getting ready to start, the NFL draft the last couple days, and both my kids playing baseball this year, I'm more interested in watching the sports rather than blogging about them.

But I'll throw a bone to my readers just to let them know I'm still alive.

The following are some newer additions to the old collection.  There are a few PC cards in there, a couple intentional and one by accident.  Enjoy the digital cardboard for your eyes.

First, I am unofficially collecting the 2012-13 Panini Classics Signatures autos as I have already mentioned here and in my original box break post.  Here are a few more I have received from successful bidding. 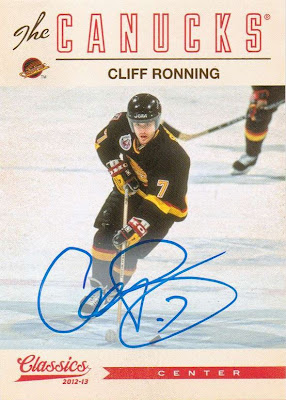 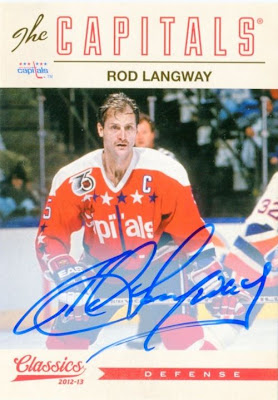 Here we have Cliff Ronning, who played the better part of six seasons with Vancouver in his 18 year career and Rod Langway, one of the last "grandfathered" players to play without a helmet.  Langway definitely doesn't get the credit he deserves as he played on some pretty awful Capitals teams.  But he did get a Cup while with Montreal in 1979. 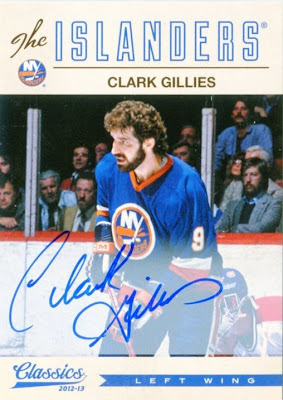 I also picked up this nifty Jethro auto.  Both Gillies and Langway were enshrined in the Hockey Hall of Fame in 2002.  Ronning isn't but with over 300 goals, over 800 points, he might very well get the nod someday.


I picked up this nice Bill Guerin.  I already had this OPC Retro Parallel but this one is the "Blank Back" version.  These are hard to find so I figured I better strike while the iron was hot. 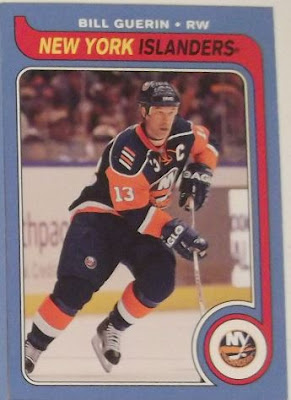 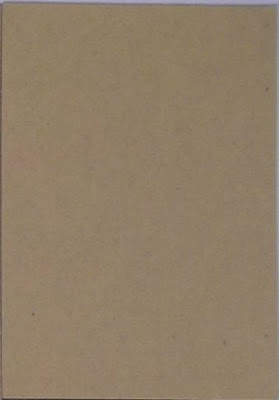 Here is the front and the back of the card.  Although, I don't know why I'm showing the back.  That blank cardboard could be anything.  I could be lying to all of you.  I'm not, but I could be.  At any rate, I can cross off another elusive Guerin card from my list. 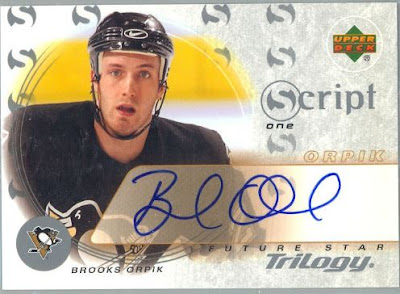 I'll be featuring this over on my autograph project blog too but I figured I would give it a shout out now.  This is a 2002-03 Upper Deck Trilogy Script Autograph of Brooks Orpik.  The long-time defensive mainstay for the Penguins was a scratch in tonight's romping of the Hurricanes but will be firing on all cylinders for the playoffs...I hope.  This was/is the first auto I have of Mr. Orpik.  He has kind of a lazy signature but it is still recognizable somewhat. 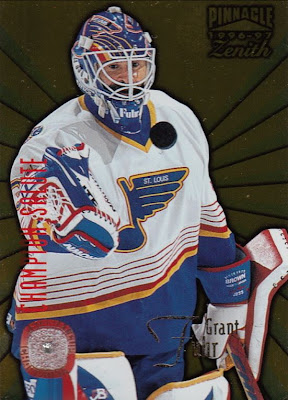 This card has no real bearing on anything for my collections.  I don't collect Fuhr.  I'm not a Blues fan.  I'm not even a goalie hoarder.  I found this card in a box of football cards that were in The Garage (which has subsequently become The Storage Locker).  I found it interesting because I have some of these and they only have a small "chip" down on the bottom where the Champion Salute ring is.  This one was different though.  The "chip" is much bigger, sticks up much higher, and basically makes this card not fit in a normal top loader.  Turns out...It's a PROMO.  I'm going to guess these were giveaways at various shows and events by Pinnacle back in the late 90s.  Either that or they were given to dealers as samples.  Regardless, I thought it was interesting so I figured I would share. 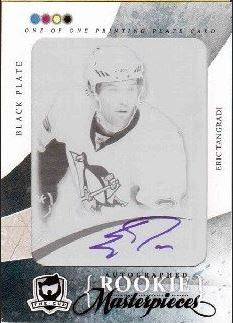 This scan isn't very good but you can at least see what it is.  This is another in a long line of 1/1 Tangradi Printing Plates I have been pursuing.  This is my 9th printing plate from The Cup set.  This happens to be the Black plate from the SPA set from that year.  I have the magenta already.  In fact, of all of my plates, I have 2 magenta, 2 cyan, and 5 black.  Not a single yellow to be found yet.  I'll keep looking.  If you want to check out all of them together, you can go to my main web site and my Wall of Tangradi.


So after winning an auction online, waiting a couple weeks for Canadian snail mail, and opening my package, I was pleased to find a bonus pack of 2011 National Hockey Card Day cards.  They were, of course, the Canadian version, of which I have none (except maybe the Crosby).  Lets see what was in there... 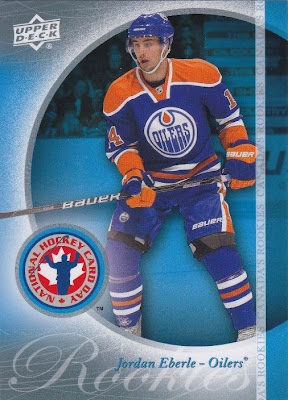 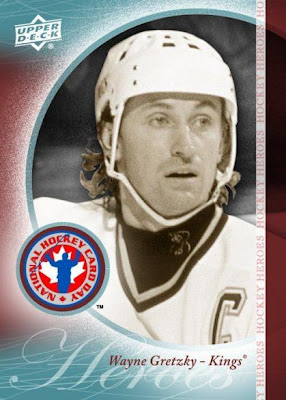 We have a "Rookies" card of Jordan Eberle, which wasn't such a bad thing.  I don't know if it can really be considered a real "rookie" per se since this wasn't a major release.  I don't mind though.  We also pulled a "Heroes" subset card of Wayne Gretzky.  Not a bad looking shot of Wayne here.  I don't know why he is staring over there at the side panel of the blog.  Maybe he wants you to go click on some other blogs to read? 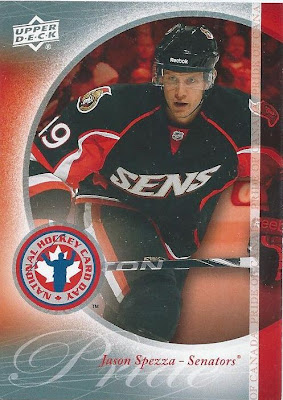 There were also these two "Pride" cards of Roberto Luongo and Jason Spezza.  I don't know how these slipped my radar because I really like the design pattern Upper Deck used.

And finally, the accidental PC card that I mentioned... 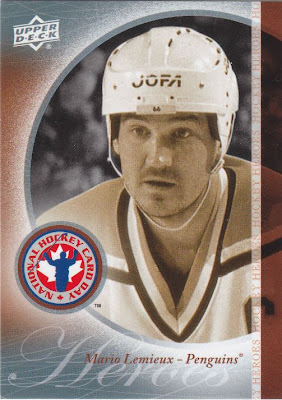 I don't know about any of you, but Mario looks tired on this picture.  Must be a combination of the cancer and the back issues.  Right now, he's looking at the giant Diet Mt. Dew can on my desk.  I know you want a drink of this Mario.  But you can't.  This is mine.
This Post Brought To You By dogfacedgremlin at 7:00 AM