I seem to always be busy checking the auction sites when I am in card mode.  I don't know why because I already have more than I know what to do with but I guess that's just the collector in me (or the hoarder).  I have even loaded the app on the phone so I know when any of my player PC guys get new cards.  Ain't technology grand?

I just wanted to take a quick minute and share a few for my Penguins PC that I have picked up recently.  Enjoy...unless you are a Flyers fan.  Then you can go !@#$%%^& 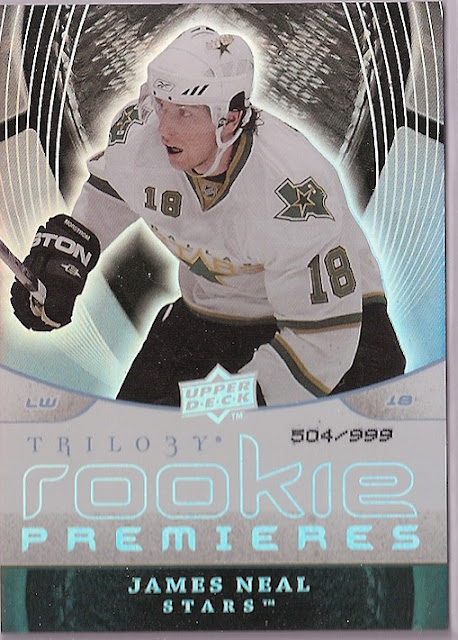 2008-09 Trilogy James Neal Rookie Premiers #/999 -  I think this one goes without explanation.  Neal had his best year ever as a Penguin this season and there is nothing but upside.  Plus, his rookie cards can be had for mere pennies on the dollar. 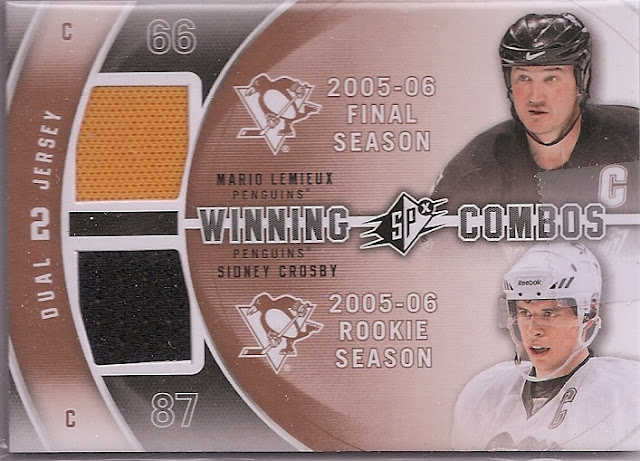 2011-12 SPx Winning Combos Dual Jersey Mario Lemieux/Sidney Crosby - Another awesome addition to the PC.  Not only is it a Penguin addition but also an add to my Mario Lemieux player collection.  I paid probably a little more than I should have for this one but I couldn't resist.  Especially since these pieces "supposedly" came from 2005-06, Crosby's first year and Mario's last. 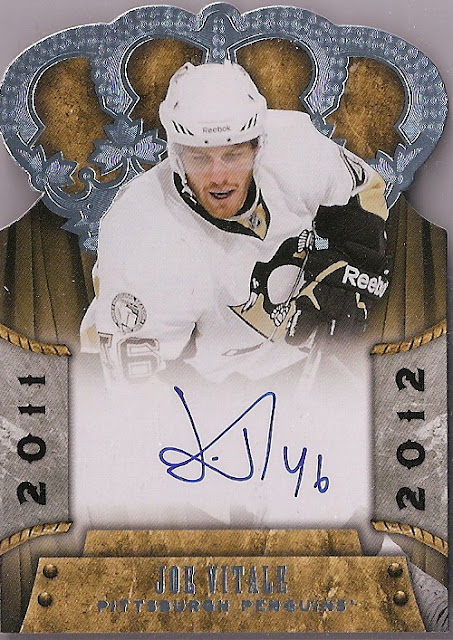 2001-12 Crown Royale Rookie Autograph Joe Vitale - I thought I had a Vitale auto already but I guess not.  Now I do.  This one was obtained out of a box (yes I picked up another box).  I was stoked when I saw it since pulling a Pens "hit" is rare in my case (at least this year so far, as in 2011-12 stuff).  Vitale has already shown he is going to be a force to be reckoned with in the league for years to come.  As long as he can stay injury free, I think he will have a spot on the Pens roster for some time.  At the very least, he will be here another 2 years for $1.1 million. 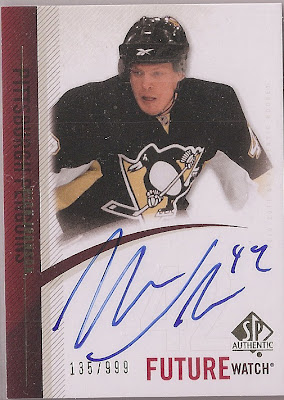 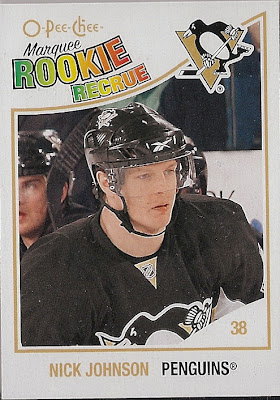 2010-11 SP Authentic Future Watch Auto #/999 & 2010-11 O-Pee-Chee Marquee Rookie  - The auto was one that I was actually looking for for a while.  I don't know why but I just wanted it.  The other I already had in the set but this is the single for my PC.  Unfortunately, Nick was picked off waivers by the Wild at the beginning of this season so he is no longer a Pen. 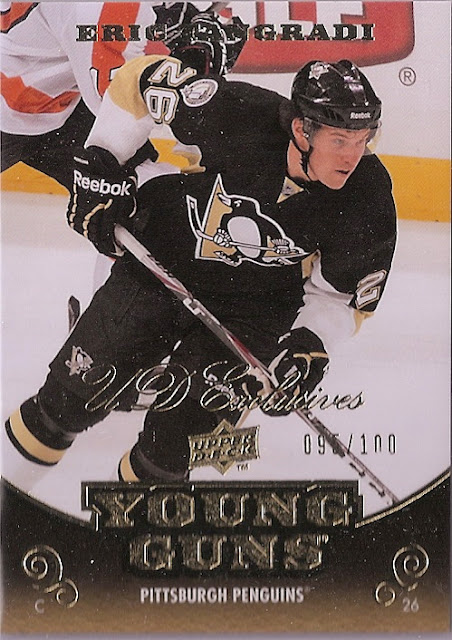 2010-11 Upper Deck Exclusives Young Guns Eric Tangradi -  Another crossover as a Penguin PC card and a Tangradi player PC card.  This is the Young Guns Exclusive numbered #/100.  I had a shot at this one numerous times but finally landed it a few weeks ago.  I'd like to get my hands on a 26/100 one.  Why, just because.