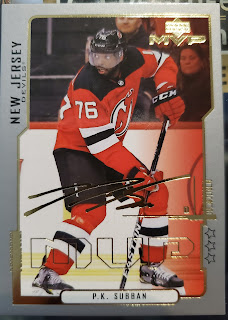 The flamboyant and unusually vocal PK Subban is certainly a sometimes polarizing figure in the NHL.  His style and outspoken personality injects a lot of spark to the often dry, wrote delivery of many NHL stars.

The 2019-20 season marked Subban's 11th in the NHL and his first playing for the New Jersey Devils. The Jersey fan base was excited when the Devils acquired the all-star defenseman in June 2019 via a trade with Nashville.  He scored his first goal as a Devil on October 17, 2019, when he deposited the puck into an empty net with 48 seconds remaining to put the finishing touch on New Jersey's 5-2 victory over the New York Rangers.

This Post Brought To You By TheRealDFG at 9:00 AM