Scary Cards For Your Halloween Enjoyment

I'm guessing this will be the 100th of the 486 posts today featuring these 1992 Coca-Cola Monsters Of The Gridiron cards.  These were a few that I could dig up and surprise basketball ones at the end. 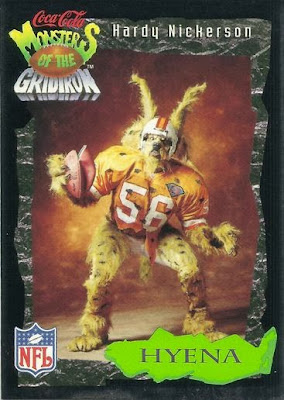 Former Steeler and then Tampa Bay Bucaneer Hardy Nickerson as "The Hyena".  Funny. 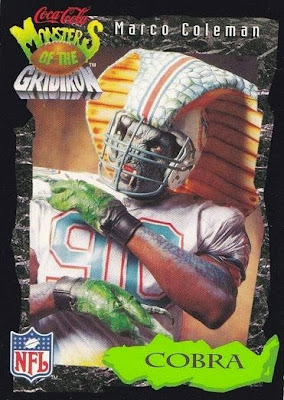 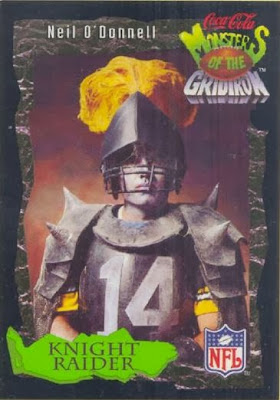 Former Steeler "The Man Who Shall Remain Nameless" as the Knight Raider.  Funny they show him in a Steeler's jersey but dressed as a Raider.  Kind of like he was playing for the other team.  Hmmm.  Irony. 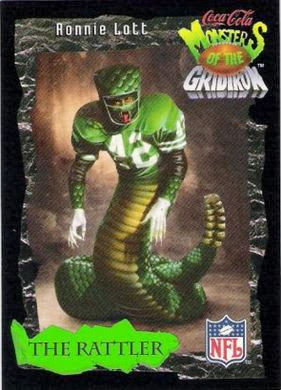 HOFer Ronnie Lott as "The Rattler".  Shown here in his New York Jets colors.  I wonder if he were still a 49er here, what they would call him?  "The Finger Mangler" or "The Missing Tip"? 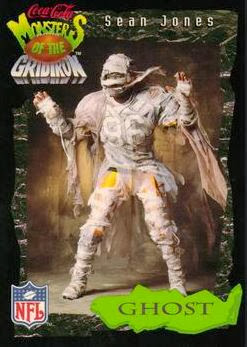 Former Packers Defensive End Sean Jones as "The Ghost".  This is, of course, before his dealings with the law and other legal troubles.  Scary...just scary. 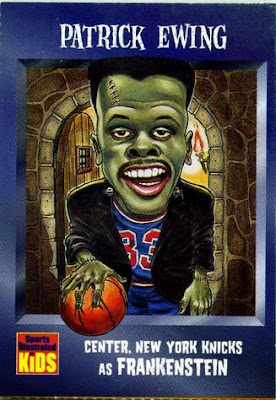 Former New York Knick Patrick Ewing as "Frankenstein".  That is a perfect costume for him.  Very little creativity involved.  Not a stretch at all. 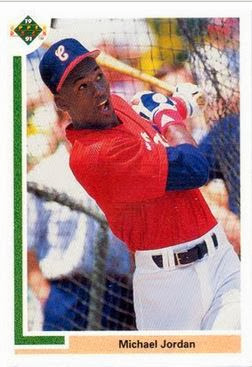 Remember when Michael Jordan dressed up like a baseball player?  That was fun.
This Post Brought To You By dogfacedgremlin at 7:00 AM

Email ThisBlogThis!Share to TwitterShare to FacebookShare to Pinterest
Labels: happy halloween, monsters of the gridiron