About a month or so ago, while perusing the latest installment of Beckett Hockey (yes some of us still read the articles, I swear), I noticed that there was an addition made to the Indiana Dealers.  As long as I can remember, there was only one on there and that was More Fun Sports in Dyer, Indiana.  That was my shop of choice for a long time and still is.  Unfortunately, I haven't made the trek out there in a while, with being on hiatus for some time and since I no longer live in the neighboring town.

At any rate, I found a new name added to the list.  That shop is The Sweet Spot located in Valparaiso, IN.  It is a small storefront located across the street from the fairground baseball/softball fields, a decent location considering the traffic that passes by regularly.  After checking out what I could online and reading the article published a few months back in the Northwest Indiana Times, I decided to trek over there, since I work nearby, and see what it was all about.

As you enter, you find an interesting mix of sports cards, memorabilia, and...CANDY!  Yes, this is also a candy shop of sorts as there are bins upon bins of Albanese Candy (another locally manufactured product).  It's a great idea that fits well with the goals of the owner, getting kids back into the hobby.  But I wasn't there for the candy.

The store layout is very similar to that of most brick & mortar shops in that it is horseshoe shaped with display cases around the perimeter and a few display racks/tables in the middle.  There are wax boxes with packs behind the counter directly to the left and every collectors' favorite "bargain bin" boxes are on the cases themselves so collector's can browse till their hearts content (or until the store closes).  A small section of supplies awaits near the back and a sitting area in the corner has chairs and a table so collectors can sit down and bust their new packs, sort through singles boxes, or just take a load off.

One cool thing is that the left wall is almost entirely filled with canvas paintings done by Sports Art Illustrated and the artist Justin Farano.  If you ever get to one of the larger shows, usually sponsored by TriStar or Mounted Memories, you will see his work as SAI generally has a booth.  It's is some great stuff that would be perfect for any man-cave.  I wish I had the cash for one, and a man-cave to put it in, and house to put a man-cave in.

As a new business (fairly new since they opened last summer), its one of those catch 22s as far as carrying product.  You can't stock to the rafters with new product because you basically can't afford to take the loss on the unopened boxes (and that is a huge loss if you have to take it that far).  You can't stock with old product either because you don't know what is going to be in demand and if you go too old, you lose a chunk of your audience.  You also don't know where the clientele are going to be coming from so it's hard to fill your cases with anything but the "HOT" list products and plenty of local sports team items.  As you can imagine, there was an abundance of Cubs/Sox/Bears/Bulls/Blackhawks stuff.  Plus, the owner, Chad Siewin, was more than accommodating, offering to try and obtain anything we were looking for that we may not have found in stock (ie...hockey product). 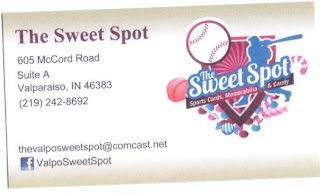 I think Chad and The Sweet Spot have the right idea.  They are utilizing social media advertising, which most dealers/hobbyist/shop owners need to be these days.  They have a Facebook page which has much of the pertinent info you need as a consumer and they also use it well by announcing product releases, upcoming shows, in store promotions, store hours, and community box/case breaks which were a big hit the last time they held one.  Check out their page to see some photos of the shop as well as product photos, previews, and big "hit" pulls from the customers. But mostly, Chad seems committed to staying as active in the hobby as he can and keep the clientele engaged, both young and old.

I will definitely be a return customer.  Anyone in that area should check them out.


I wouldn't be much of a collector if I didn't show you a few of the items I picked up while I was there.  I didn't have a lot of time as I was on my lunch break but I did quickly go through one of the counter boxes to see what I could find.  Here are eight cards I picked up for my PC. 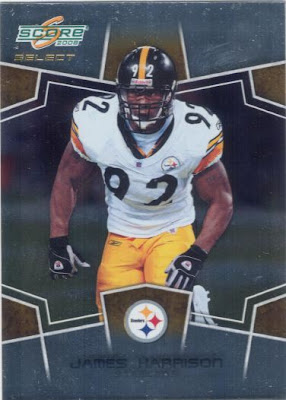 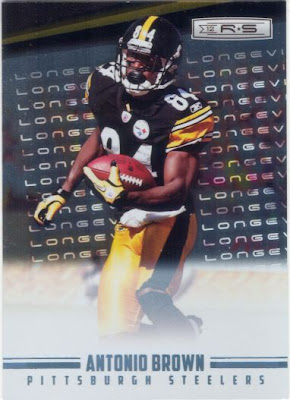 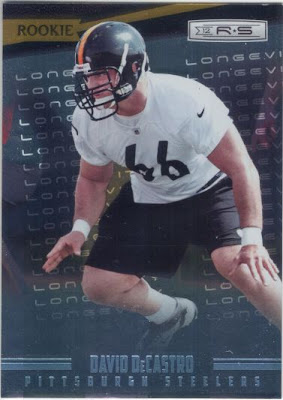 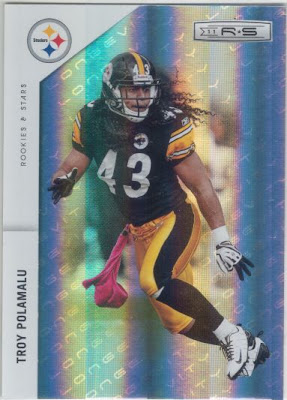 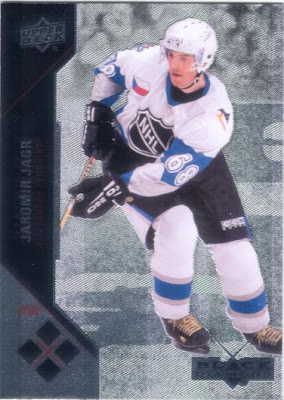 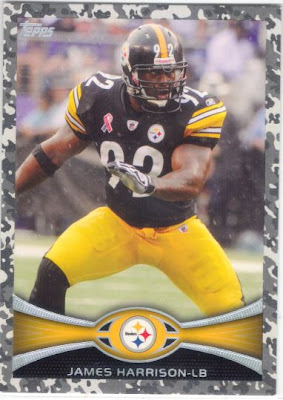 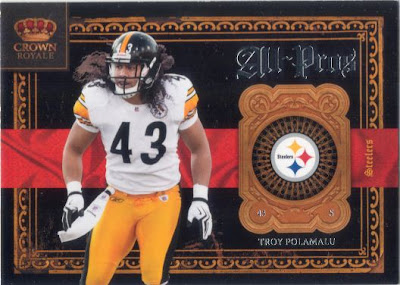 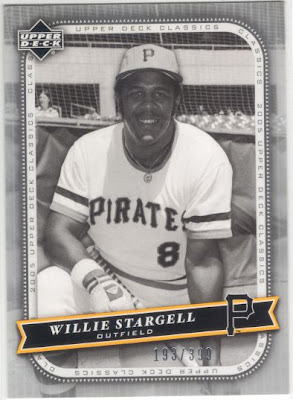 Mostly Steelers (unfortunately some now EX-Steelers).  I picked that DeCastro rookie out in hopes the he will actually pan out (barring another injury).  The Polamalu R&S is numbered #/25 which is really cool.  I found the Quad-Diamond Jagr in there that I didn't think I had.  Plus I added another modern Pops card to my unofficial Stargell collection that I neither confirm nor deny I am accumulating.
This Post Brought To You By TheRealDFG at 6:46 PM