Somehow, someway, the cardboard gods are going to pull me back into this thing.

I figured I would take a stab at a quick one-off review of a product and show a few cards to boot.  I don't know if this will become a regular thing because there are 100 other card reviewing sites out there that do it frequently and way better than I could.


So despite my boycott of product this year (other than the flagship UD and OPC) I somehow ended up with a few packs of 2012-13 Black Diamond in my hands yet again.  I say yet again because each year I vow to never again trespass down the shiny-electro-silver-foil-overdose path.  But here I am.

The product isn't new by any means.  It was released in the midst of my hiatus back in early December.  It features the major stars of the game as well as many NHL legends and HOFers.  There are numerous parallels to chase at different release rates as well as the familiar inserts like Championship Rings, Double Diamond Jerseys (which make nifty little puzzles again), GEMography, and the various Lustrous inserts.  There is also everyone's favorite set to chase rookies in, Upper Deck Ice, inserted into hobby boxes at a rate of one 5 card pack per box.

For 12-13 Upper Deck took the familiar Black Diamond design and tweaked it ever-so-slightly in order to prevent confusion by the collector over which year's release they are really looking at.  I'm not going to get into all the subtleties and particulars of this set vs. others because this is a Quick Shot and I don't want to waste anyone's time.  Lets just leave it at this...the silver foil explosion that we either love or loathe is still in full swing.

Here are some quick shots...(images are all over the place because of the foil, tried different settings, oh well) 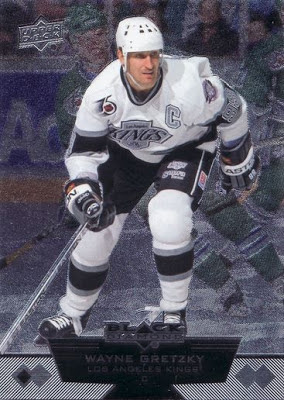 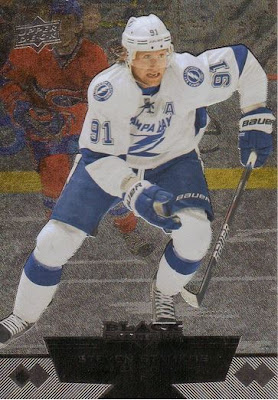 These are two Single-Diamonds.  The foil is in overdrive here.  Both of these guys have additional cards later in the base collation of the set.  Gretzky has a "throwback" Rookie Gems card and Stamkos is in the Quad-Diamond grouping. 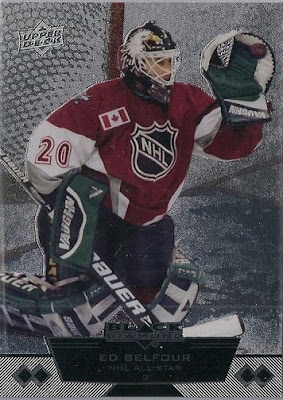 Speaking of Quad-Diamond, here's one now.  This is Eddie from what looks to be an All-Star game of some sort.  I'm guessing from his tenure with Dallas since the gear is mostly green. 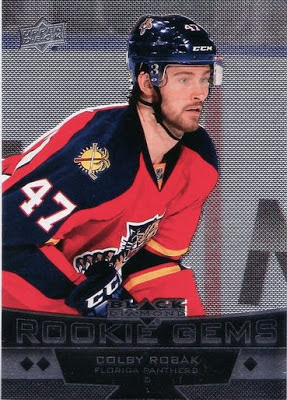 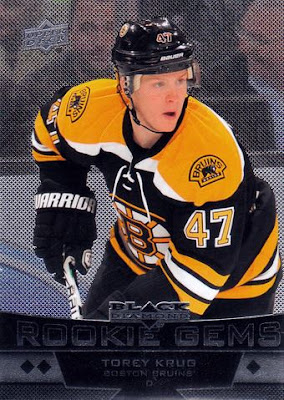 Here are a couple Rookie Gems.  Somehow these scan better.  I'm not sure why.  Maybe its the stippled backgrounds contrasting with the color.  These are of the Triple-Diamond variety. 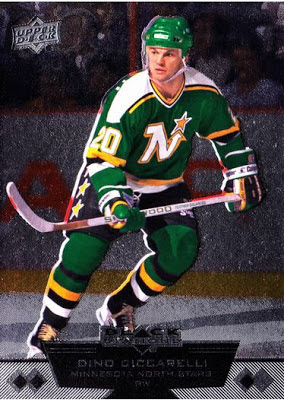 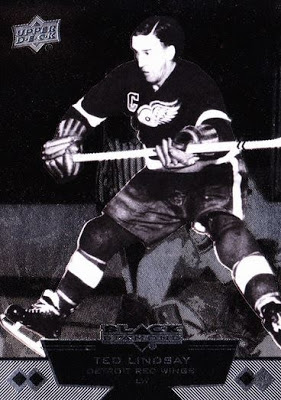 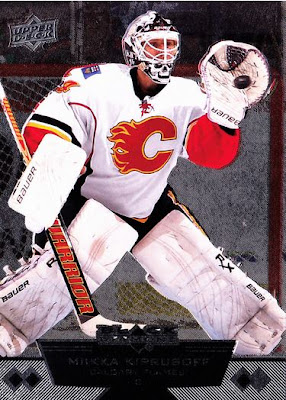 And continuing with some Triple-Diamonds, these three come from that grouping.

There are legends mixed with current stars in all levels of this release, just like previous years.  I'm not sure if I am into that or not but I can say that I would much rather get a card of a legend or HOFer rather than some third or fourth liner in a product like this.  At $90-$100 per box, there isn't much room for "filler".

This Post Brought To You By dogfacedgremlin at 2:38 AM