The Chicago Sun-Times is good for a couple shows a year and last year was no different.  Even with the National being in Chicago this year, I still have an affinity for these shows because they are always well put together, feature a good selection of vendors and dealers, and have a great line up of autograph guests.  This past November was no different.

While perusing some tables for any interesting hockey deals I could get my hand on, I came across a guy with a bunch of older boxes and bulk discounted sets from the late 80s/early 90s.  As I fumbled over a few piles of stuff, I came across this box mixed in with the 1990 Pro Set and 1991 Score... 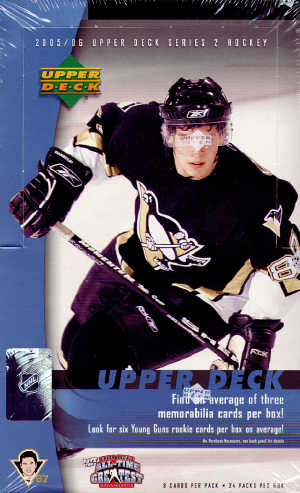 For those that can't see the box because of the crappy scan, it's a hobby box of 2005-06 Upper Deck Series II.  The best part about the box is that it was under $35.  Since the Crosby Young Gun was in Series I, the consolation prize in this box would be the Ovechkin rookie, with a slim chance at pulling the Victory Update rookie of Crosby or Ovechkin.  A small price to pay for the opportunity to possibly pull one of those beauty's.

I couldn't wait till I got home so I proceeded to bust it at one of the tables near the snack bar in front of a live studio audience.  Here is the breakdown of a typical box:

The key rookies include, as I said, Alex Ovechkin, along with Jeff Carter, Thomas Vanek, Mikko Koivu, Ryan Getzlaf, and Johan Franzen. 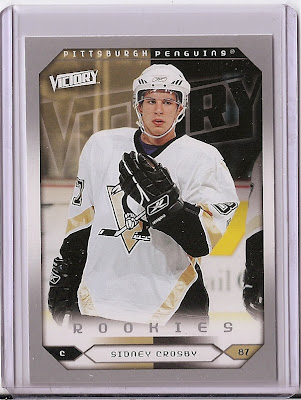 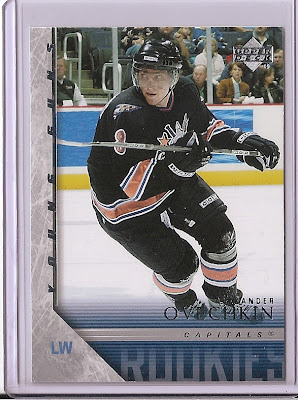 I'll just get this out of the way now.  I don't remember if it was 6 packs, 7, 9, it doesn't matter.  What matters is that I pulled the top two cards that could have possibly come out of here.  The Victory Update rookie of Sidney Crosby and the Ovechkin Young Gun.  Ok, I will say it...Boom!! Goes the dynamite!! 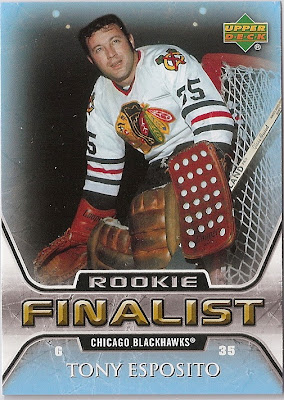 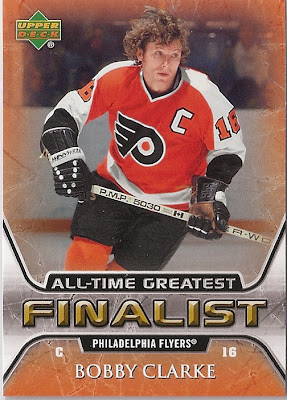 A couple FINALIST insert cards.  Here we have Tony Esposito as a Rookie Finalist and Bobby Clarke as an All Time Greatest Finalist.  I'm not real sure what the point of this set was but it is nicely designed and features a good many stars of yesterday. 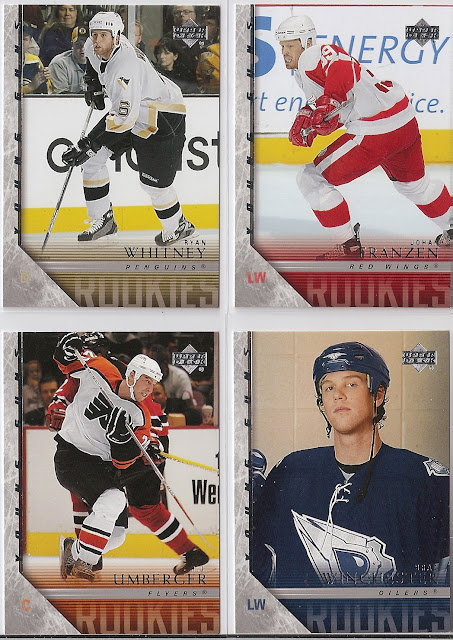 I figured I'd show some love to the other Young Guns that I pulled.  We have ex-Penguin Ryan Whitney, Johan Franzen (the 12th best card in the set), RJ Umberger, and Brad Winchester.  I did pull one other but I don't remember who it was and I obviously didn't scan it. 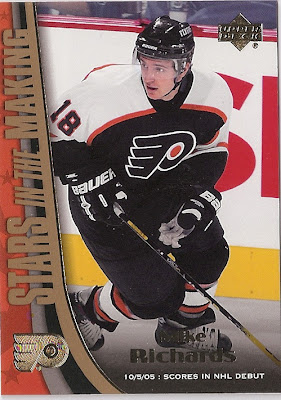 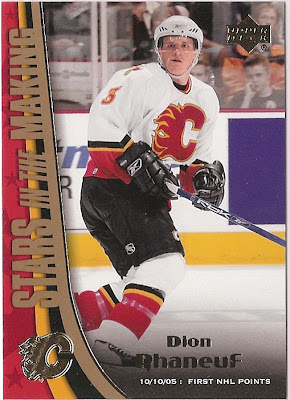 There is also a STARS IN THE MAKING set which feature younger players that are poised for greatness.  The cards feature a date captured in time that features some significant event in each players career.  I pulled Mike Richards and Dion Phaneuf.  These cards remind me too much of the Game Breakers and Stars of the Game sets you find in Victory. 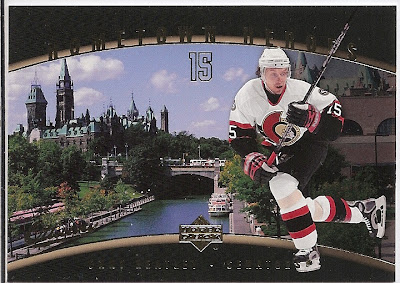 The Hometown Heroes sets are either loved or hated.  The sideways layout is nice for a change of pace but makes for a pain if you would put these in an album.  Here we have Dany Heatley then of the Senators. 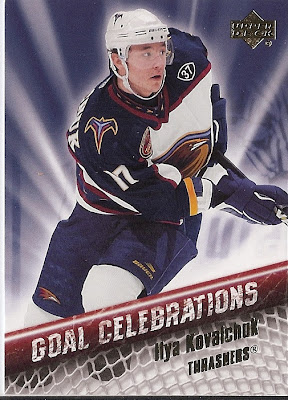 There is also a GOAL CELEBRATIONS set that really misses the mark as none of the featured photos really shows anyone celebrating.  I'm not real sure Upper Deck's design team knew what the wanted here.  The checklist is decent though.  Here we have ex-Thrasher, current Devil Ilya Kovalchuk.

I'm not scanning the base cards because you have all seen them before.  If not, Google it. 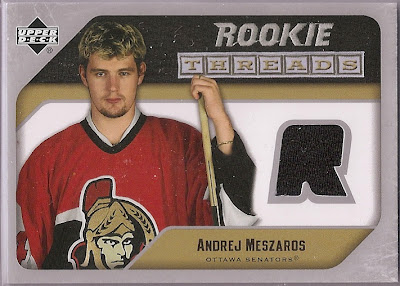 My first pull was this lovely Rookie Threads Andrej Meszaros card.  It's a single color swatch as you can see, of a player that I really had no interest in.  At least he was a #1 pick in his draft.  Andrej is on the Flyers I think now. 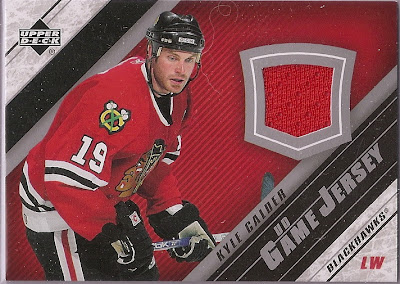 GU #2 is this other lovely single color swatch card of Kyle Calder.  I think this was the last year Kyle was on the Hawks before spending time in Detroit, LA, Philly, and Anaheim.  You'd have to ask a Blackhawks fan if he was ever any good.  As far as I can tell, he had at least two seasons with 30+ goals.  That's not bad I guess.  Kyle is retired now, as far as I know.

Finally, we had this Game Used... 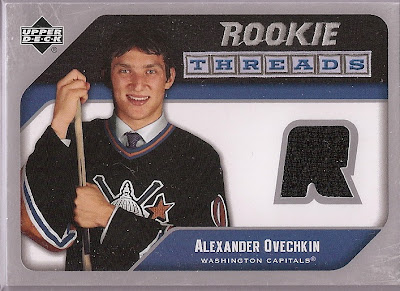 Another crappy single color swatch but on an awesome card.  A second Ovechkin rookie only a Rookie Threads Game Used card.  I was shocked when this came out of the box.  So was everyone else around me. This card rounded out one of the best boxes, if not THE best box, I have ever opened.  Pick one of these up if you can find it for under $50 bucks.  It's a fun break and you have some nice chances to win big.
This Post Brought To You By TheRealDFG at 10:14 PM