Another Trade Post...Two In One Week!!

So Casey from Drop The Gloves and I have been going back and forth for awhile with potential trades.  I am still not sure what has been sent between us but I know I still owe him some tobacco sized goodness.  It's almost ready to send out, I swear.

At any rate, I received a package from him in the mail today with a handful of stuff I'd like to share.

First up were some 2009-10 Champs that I still needed for my set.  Despite busting 3 boxes of this stuff plus a blaster for good measure, I have still not put a full base set together.  Apparently I am not the only one since the same scenario seems to pop up with other collector's too.  He sent me 22 base cards and also this: 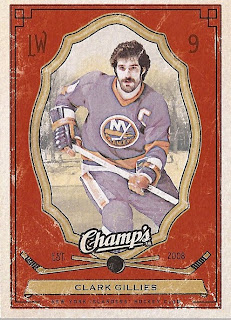 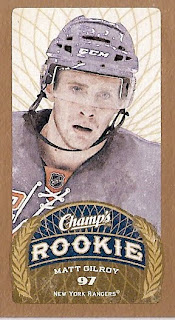 There were also a few Marquee Rookies from 2007-08 OPC and also 2008-09.  My favorites in the little package had to be the Pens cards he threw in that included: 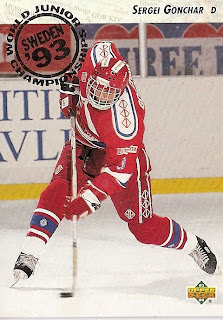 1993-94 Upper Deck World Junior Championships Sergei Gonchar (R)
There is nothing that I would like more than to see the Pens lock up Sarge for the rest of his career.  I think regardless of his nonexistence in the waning months of the season, he is still the leader of the power play and a general in the locker room. 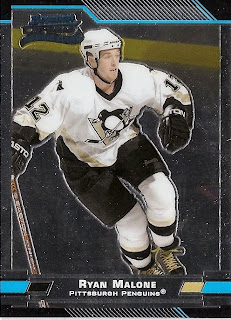 2003-04 Bowman Chrome Ryan Malone (R)
This is one trade that I never agreed with and still don't to this day.  When the Lightning picked him up (along with Gary Roberts) for next to nothing, it was a sad day.  Malone was the only Pittsburgh born player to ever play for the Penguins and was a second generation Penguin as well.  His dad, Greg, played for the Pens from 76-85 when he was traded to Hartford.  Ryan was third in scoring in the year before the lock-out and up until he took a few injuries in the 2008 playoffs, I expected him to be a Pen forever.  Shows what I know. 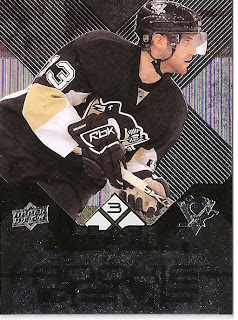 2008-09 Black Diamond Alex Goligoski Rookie Gems
Alex is probably the heir apparent to Sarge is he is going to leave for greener pastures.  He is a tough defenseman having come out of the University of Minnesota and playing in the AHL.  At least he is locked up through 2012.

Also in there were some lesser known (heck, even not known at all) Pens that I believe I don't have in my team collection yet, including: 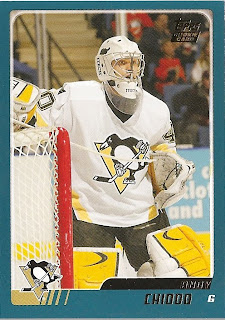 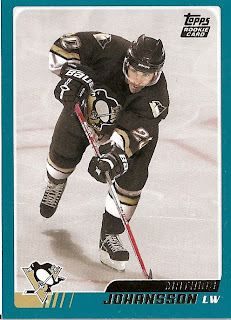 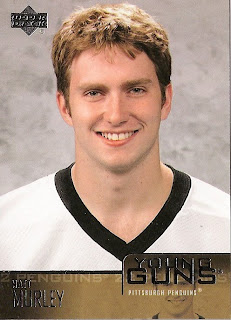 Thanks Casey!!
This Post Brought To You By dogfacedgremlin at 10:41 PM