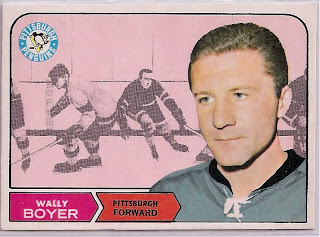 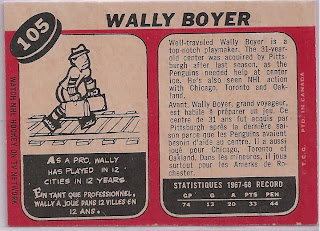 I love the design of this year's cards. They are very clean looking, with the player as the focus of the card. Although there are no action shots, typical of this era, the background art makes up for it. I have a few others from this set but this is my first Penguin.
(A warm DFG welcome to Justin G. from Is This a Wasteland - No It's Tampa Bay Sports. If you are a Tampa Bay fan, his blog will give you "a look at sports inside and outside the Tampa Bay Area." I think he sells himself short on the "better at the day job" comment. Thanks for following, Justin. Hope you enjoy.)
This Post Brought To You By TheRealDFG at 9:08 AM