The Tradewinds Finally Blow Through Pittsburgh

Well I have been speculating for a couple weeks about potential trades the Pens could do to strengthen their front line with all the injuries.  I figured after watching another hard fought game come down to a few bad bounces and a player out of position dictating another L at the hands of the Capitals was a good opportunity to make my opinions known about this trade.

First, I am sad to see Alex Goligoski leave the team.  However, from the standpoint of game impact, this was really the ONLY guy that was expendable.  As I've stated before, Gogo was the only player that really didn't fit in the defensive scheme of the team.  He was the guy that prior to last year, was bounced between the AHL Wilkes-Barre Scranton "baby" Pens team and the NHL squad.  After Gonchar left, there were some big shoes to be filled and he just didn't step it up enough.  With the emergence of Letang, the always solid play of Orpik, and the better than expected contributions from Michalek and Martin, Alex found himself relegated to PP and PK duties, as well as third and fourth line play.  Again, I'm sorry to see him go because I was a fan but it's not about fandom at this point.  It's about going deep in the playoffs. 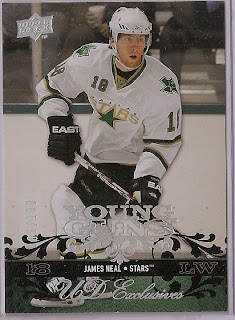 In return, the Pens picked up from Dallas, James Neal and Matt Niskanen.  Wow!!  What a trade.  The Penguins finally get a guy that can score on wing.  I never thought I would live to see the day but here we are.  Neither of these guys were on my radar but I'm not complaining at this point.  A bit about Neal...he has size, strength, isn't afraid to fight, AND can score.  21 goals so far with 39 points isn't too shabby.  If he can duplicate last years 55 point performance, I think we will make out on this one.  Plus, he is only in his third season.  He's only 23. 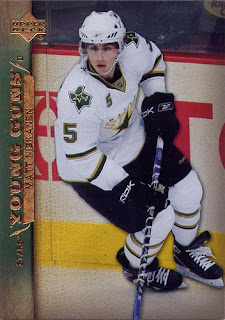 As for Niskanen, he is 24, in his 4th season and is a scrappy, stay-at-home style defenseman.  Coming out of the University of Minnesota-Duluth, he wasn't necessarily known for his goal scoring prowess but he doesn't need to be.  He put up 35 in his best year so far.


For your viewing pleasure I give you a potential preview of the first day in the locker room...

This Post Brought To You By dogfacedgremlin at 9:14 PM