As I have been frantically trying to find a topic to post about (well maybe not frantically) I can't help but keep coming back to the looming trade deadline in the NHL.  Especially since Trader Ray Shero has been pretty quiet up to this point about his intentions.  In fact, other than an occasion rant against the disciplinary committee by Super Mario, you don't hear much from the Penguins executive staff at all.  (really I'm just trying to find something to write about so that those god-awful Packer cards will go away from my main page)

Everyone knows the woes that the Pens have right now.  The injuries have caused them to call up practically their entire farm teams in both Wilkes-Barre Scranton and Wheeling-Johnstown.  They are a mere shell of themselves when it comes to the team that suited up back in October.  I think I may even go on LTIR with a head injury due to all the deep thinking I can't help but do about the potential disaster of a season this could turn out to be.  But still, Shero remains quiet and not much talk is coming out of the Penguin camp.

Never fear though.  I am here to raise eyebrows with my speculation and conjecture on how to fix the Penguins.

I have already mentioned a few of my predictions but the longer this goes on, the more available guys come off the board.  For example, not that the Pens would have been looking for a D-man at this point but Tomas Kaberle was just signed by the Bruins (they also picked up Rich Peverley).  Boston is trying to go deeper into the playoffs and doing a pretty good job of filling some holes in their lineup.  On the other hand, the Maple Leafs now have 37 first round picks and Brian Burke won't rest until he has 50.   The Sens and Avs have also switched goalies, not that either of those fine gentlemen would have been a good fit in Steeltown.  But worst of all, Jaromir Jagr has been traded to the Washington Capitals for their 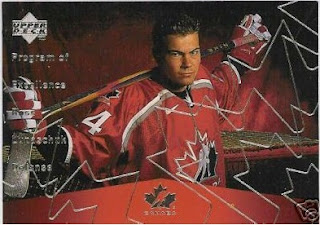 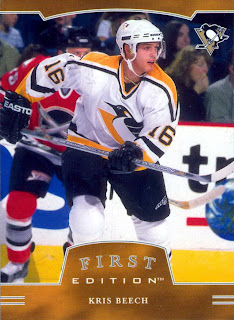 and the guy that sells hot pretzels across the street. 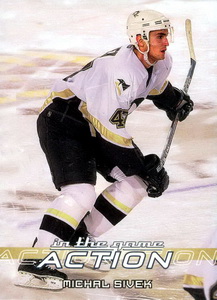 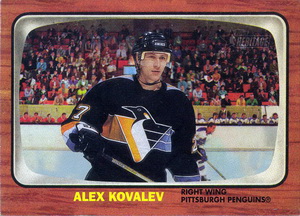 Ko-va-lev...Ko-va-lev...Ko-va-lev.  Do you hear the chants?  That's what I'm thinking for the Pens.  You know the Senators want him out of there.  They have to be anxiously awaiting the removal of his salary off the books.  He would be a good fit in Pittsburgh for his second stint.  Plus, let's be realistic here.  Where else is he going to go?  I doubt he would get much interest from any other camps out there.  He played with Lemieux.  He played with Jagr.  He apparently has a no trade clause but why on earth wouldn't he waive that for a chance to play on a line with Crosby?

Other possibilities to chew on... 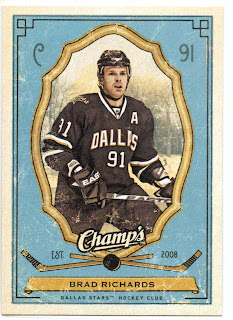 Brad Richards from Dallas, maybe?  He's making almost $8 million this season and will no doubt be a rent-a-player.  Plus, he has hardware on the resume.  With Malkin hung out to dry, they can move money if they have to. 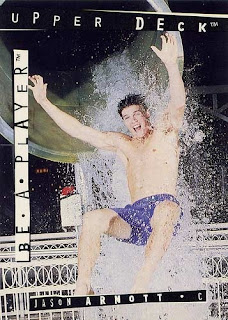 (Whoa, how did that get in there?)
How about Jason Arnott?  He is only making $4.5 Million.  That would give them the big body on the line as well as a scoring threat.  Most certainly he could function as a set up guy for either Crosby or Staal. 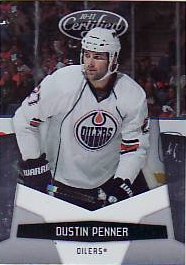 Maybe Dustin Penner from Edmonton?  He's a big guy that can not only score goals but he has the ability to muck it up in front or behind the net.  Again, another guy with hardware in his resume. 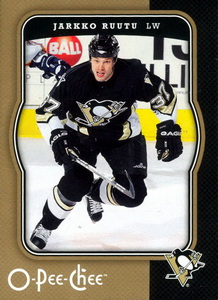 Could there be a return of the "RUUUUUUUUTTUUUUUUUUU"?  I think they transferred the sound effect when the Pens moved into CEC this year.  Up until Thursday, I thought this was a possibility.  I guess there was only room for one pest on the team with Matt Cooke filling the roll of 5 guys on his own. 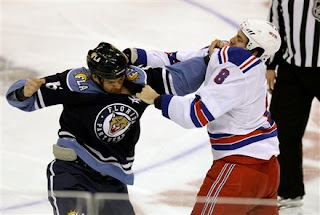 Stephen Weiss from Florida?  I know.  This isn't a card but I figured with the new "Thug-Life" attitude of the Pens that this was a better picture.  Weiss has been mentioned in a ton of talks but he has been more than vocal about his desire to stay in Florida.  Plus with all of his injury history, I think Trader Ray may be leary of adding Mr. Weiss. 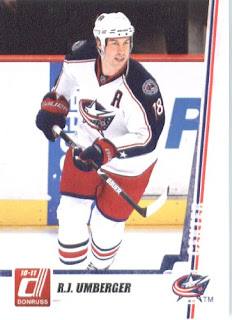 And finally for my sleeper pick...maybe even RJ Umberger from Columbus?  Why not?  He grew up in Plum, a suburb outside of Pittsburgh.  He has great leadership abilities and is an asset in the locker room.  Plus in this case, the Pens wouldn't have to keep rotating rent-a-player wingers and could possibly get him locked down for future years.  I know its a stretch but this is my fantasy so stuff it!

The possibilities are endless here and my head is spinning with excitement.

Come on, Ray.  Let's get this thing rolling again.
This Post Brought To You By dogfacedgremlin at 10:24 PM

Email ThisBlogThis!Share to TwitterShare to FacebookShare to Pinterest
Labels: nhl trade deadline, pittsburgh penguins, who will ray shero trade for