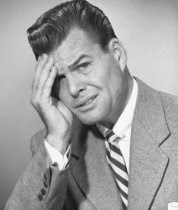 Since the discovery of my long, lost collection from my youth, I have been pondering those things that deserve to be pondered upon. Like, what do I do with all these baseball cards? Or, where am I going to put all these baseball cards? Or my new favorite, should I start to collect baseball cards again?
That last one has been at the forefront of my mind for a while now. As I mentioned before, I, like many before me, deserted baseball for greener pastures years ago. The last time I actually paid enough attention to know who players were and where they played, steroids were only for professional wrestlers and race horses. I guess it all boils down to the answer to one question. Do I or don't I?
If the answer is no, then everything becomes fodder for trade, just like much of my football has become. With the exception of sorting by team and listing, my work is essentially done and I will move on to bigger and better things. If the answer is yes, then it begs the follow up questions, what do I collect and how?
PLAYER COLLECTING?...
Again, since I have been out of the baseball mind frame for so long, I can't say I have a favorite player. My first inclination would be to rekindle what I once had with my favorite collections as a kid. As I discussed in a previous post, all my childhood heroes have since been indicted, either in a court of law or in the court of public opinion. Is that what I want to pass on to my kids one day? An all "Cheater" collection? So I guess player collecting is out.

As for collecting a favorite team, I grew up a Pirates fan. The Buccos haven't fielded a winning team in 17 years. 17 YEARS!!! The team that, according to their Wiki, introduced the baseball world to the pullover spandex uniform jersey can't even break .500. Even the Cubs can't say that. Do they even make cards of Pirate players any more? No really. That wasn't rhetorical. Other than a few prospects or rookies now and again, I can't remember the last time the Pirates caught my attention on any level other than that of utter dismay or indifference. Since I have relocated to the Chicagoland area, it would make sense to then collect Cubs or White Sox cards. Their stuff can be found everywhere and it would be easy to begin amassing a collection. The only problem is that I have a general disdain for all teams hailing from the Windy City. So I guess team collecting is out.

SET COLLECTING?...
Maybe set collecting is the way to go. I would have to go after either Topps or Upper Deck because I really don't like the Donruss sets of the early 80s and early 90s and the Fleer sets seem to be too hard to come by. Or maybe, I can target the vintage, pre-80s era of cards. I know the shows that periodically appear around where I live are loaded with dealers that focus on vintage.
Or maybe I will just pack them all back up and put them in my attic and dig them back out in another 15 years.
Signed,
Confused In Cooperstown

Email ThisBlogThis!Share to TwitterShare to FacebookShare to Pinterest
Labels: baseball cards, found cards, state of the hobby, what to do with my collection