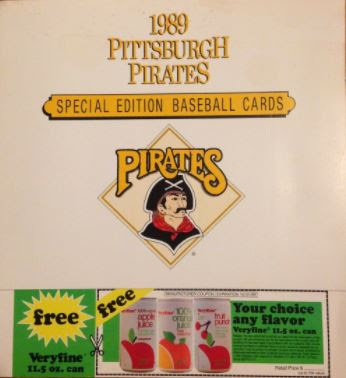 There are a lot of Pirates collectors out there, despite the decades of futility. I grew up outside Pittsburgh and spent many hours at Three Rivers Stadium cheering for my team. In 1989, Very Fine juices put out a set of commemorative trading cards for the Pirates team in the form of a foldout, calendar-esque style, with perforated cards that could be punched out.  I know these are technically cardboard but the item itself, fully intact, is a little different.
I had these when I was about 12 but they were pretty well loved and had been torn from their original state, most likely right after I received them. 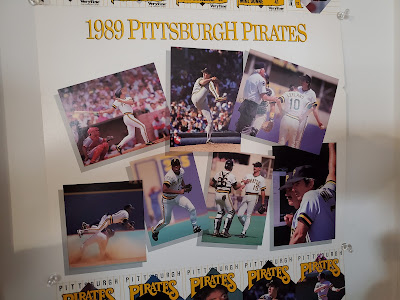 Fast forward about 24 years and I found a fully intact fold out with all the cards AND the VeryFine coupon on the bottom at a card show I had attended. I was stoked since most of the cards are a buck or two and getting them all again is difficult, especially in decent shape and not trimmed.  The best part about the full sheet...It cost less than $5. 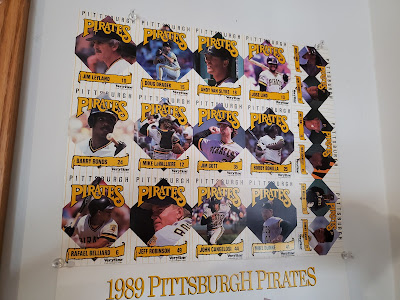 The full sheet features 30 cards of the players on the roster as well as coaches. The lineup includes such Pirates greats as Barry Bonds, Bobby Bonilla, Doug Drabek, and Dorn Taylor (yeah, look him up). The fronts feature a pinstriped backing with the player photo in a baseball diamond shape. The Pirates logo is predominantly featured across the tops of the cards and the player names are displayed ribbon-style on the bottom.  The backs feature a set of stats, just like a normal card. 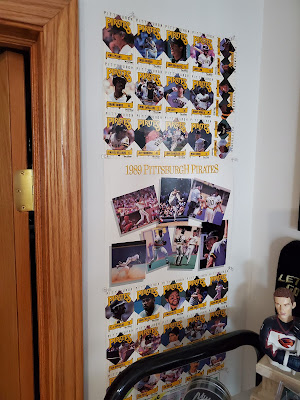 I have the entire sheet displayed on the wall in my office/hobby room/mancave as a reminder of a better time of being a Pittsburgh Pirates fan.
_________________________
Like what you read? Have a comment? Be sure to leave one below.
Check out TheRealDFG on Twitter @therealdfg.
Be sure to check out the latest #PuckJunkPodcast. Just search and subscribe on Apple Podcasts, Google Podcasts, Spotify, iHeartRadio, Stitcher, Podchaser, PocketCasts, Castbox, Castro, Overcast, TuneIn or SoundCloud.
This Post Brought To You By TheRealDFG at 7:00 AM