In my humble opinion, NHL Trade Deadline Day should be a national holiday in both the United States and Canada, no work and required TV, radio, and internet viewing for all (kids can still go to school though).  Unfortunately corporate America (and probably corporate Canada) won't allow that.

The NHL Trade Deadline is usually a frenzy of movement of many minor leaguers and role type players, with a few blockbusters occasionally thrown in.  This year, the Rangers trading Kevin Hayes to Winnipeg for Brendan Lemieux and picks was big.  Keith Kincaid to the Blue Jackets for a pick, Mark Stone to Vegas for a great defensive prospect, and Wayne Simmons to Nashville were all pretty note worthy as well.

But, as a Penguins fan, I would like to focus on the recent moves in Pittsburgh, and there were two of them.  Keep in mind, if the Stadium Series game had not eroded into an on-ice debacle and safety failure that NBC refused to address and hurt their ratings, we may have not even see these trades by the Penguins.  Losing Kris Letang and Brian Doumolin, both ultimately as a result of a questionable hit by now Nashville Predator Wayne Simmons, that apparently won't be reviewed by the Dept of Player Safety, triggered these moves. 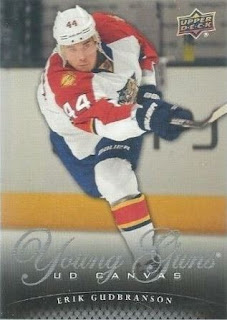 First, Jim Rutherford took Tanner Pearson (who was acquired from the Kings for Carl Hagelin earlier this season) and moved him to Vancouver for defenseman Erik Gudbranson.  There was no salary retained for either side so the Penguins will have to take on an additional $250K/year through 2020-21.  Gudbranson brings his 2-6-8 stat line with 83 PIMs this season to PPG Paints.  Is that worth the extra money for the big man???

My answer:
I sure as hell hope so but doubt it because, he just hasn't been very good.  ON PAPER WINNER = Vancouver

Gudbranson has toiled, for lack of a better word, in the NHL for eight seasons so far,.  After being drafted in the first round of the 2010 Draft by Florida, his career didn't really take off as many expected.  As a result, two years ago he was traded to the Canucks.  Unfortunately, he really hasn't shown anything that blows the socks off of me or any other hockey fan in Vancouver either. 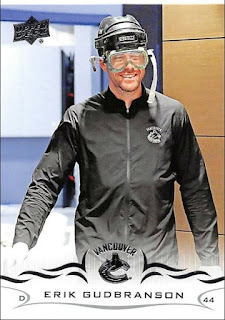 But by far the most troubling is the fact that he could statistically be the worst defenseman in hockey, sporting an impressive league leading -27 +/-.  At least Malkin won't be the worst on the team in that category anymore.  For defenseman with over 600 minutes of play, he is also fourth worst in 5 on 5 shot share and the worst in both goals-for and scoring-chance percentage.  According to GMJR, "Getting the type of player that Gudbranson is was something that we've talked about for a while. He wasn't available, to my knowledge, until today. So we're very pleased to bring Erik in to join our team."

Type of player he says?  What type is that?  He's 6' 5", 217 pounds of potential brute force that has a much better fighting record than his actually stats of playing hockey.  If this was 20 years ago, I would applaud this whole heartedly.  In today's NHL, I really don't know.  The Penguins lack toughness for sure.  When Garrett Wilson is your scraper, you know there is something wrong.  Gudbranson really brings some grit that they may need.  But at this point in the season, the Penguins can't afford to bring on more salary for another less than stellar, mediocre at best defenseman.  I hope you prove me wrong, Erik.  Or at least, take this TRASH out again... 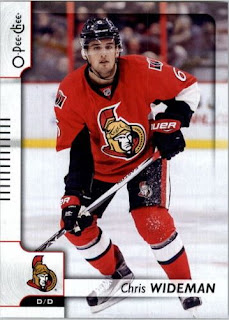 Second, a guy who I always hoped could crack a permanent roster spot, J.S. Dea, was dealt away a second time, to the Florida Panthers for defenseman Chris Wideman.  Wideman brings his $1M salary and stats that include a 2-5-7 line, which again, blows the doors off of no one.  The Pens will be the 4th team he has appeared on this season.  Yes, I said 4th!  He has only played 25 games all year and those were spread over four different organizations.  Not only is that a lot of frequent flyer miles, it says something about your type of play compared to your peers.

My answer:
Not statistically.  So...probably not.  ON PAPER WINNER = Florida 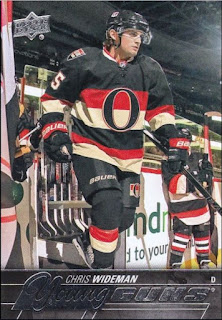 The one-time AHL's Defenseman of the Year can't seem to crack a lineup on any of the teams he has gone to, and the fact that he hasn't even played since the first week of January has me a bit worried.  After appearing for Ottawa in the 2017 playoffs, he really hasn't been heard from since the ECF (which the Penguins won, by the way).  The Pens have already announced he will be assigned to the WBS Penguins and maybe he can do some damage down there in preparation for the AHL Playoffs. I doubt we see him up on the big club but if he does jump up, he will most likely be a bottom pairing with small amounts of ice time.  I just hope this doesn't backfire.
This Post Brought To You By dogfacedgremlin at 9:04 PM