We had a few moments to kill this weekend and stopped by one of my local card shops that I hadn't been to in quite a while. More Fun Sports Cards in Dyer, IN has been my shop du jour for many, many years. I've spent a couple dollars in there since they moved the store to that location. I've written about their shop before as it's the type of shop most collector's wish they had. There is always a nice selection of all the major sports boxes, a huge variety of singles, quarter boxes, supplies, memorabilia, and a place to sit and hang out. Plus, with the collectors' that come in and out, the conversation is usually a lively one .

Anywhoo...as I said, we stopped in there (we as in myself and my wife [yes, she not only condones cardboard but actively participates]) this weekend. It was a fruitful adventure once again as we were able to score a large pile of Upper Deck Young Guns for various sets I have been working on. We sifted through a large box of hockey rookies the owner recently acquired and were able to find a total of 68 Young Guns cards from 2005-06 through 2016-17. Shockingly enough, I didn't get destroyed on a price either considering they all were not "common" scrub rookie cards.

If you have ever looked at my set needs page, you have seen that I am working on a lot of sets, including all the Upper Deck flagship hockey sets going back quite a few years. The highly coveted, short-printed Young Guns are always the hardest to come by, at only six per hobby box and even less in retail. COMC has made this a bit easier over the last few years, especially since Upper Deck ePack allows your "hits" to be added to your account. The competition and virtual flooding of the actual market has made many of the lesser rookies very cheap. These can also be obtained sometimes at card shows too but that's never a guarantee (since I don't live in Canada).

Figured I'd share a bit of this score since it's the largest chunk I have made toward completing any of these sets in a long, long time.

Here are a few pics of the entire haul... 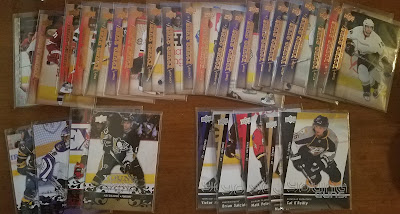 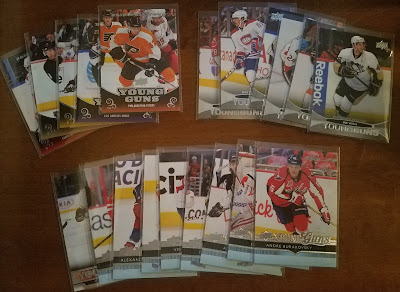 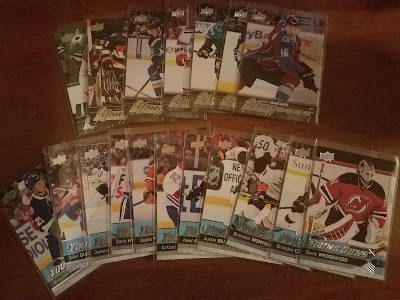 In my opinion, some of the key guys in the stack... 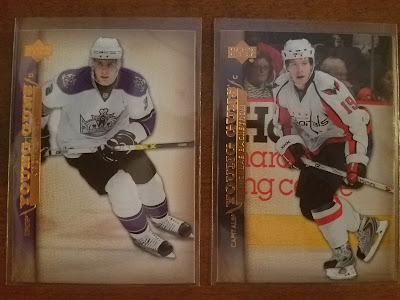 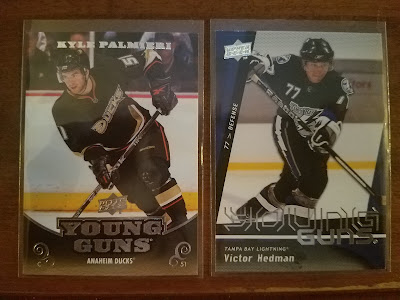 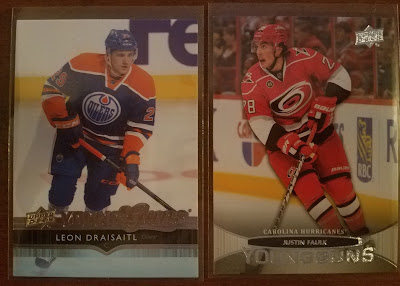 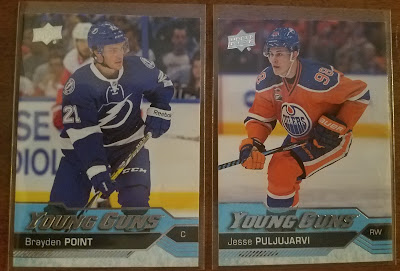 Brayden Point and Jesse Puljujarvi
This Post Brought To You By dogfacedgremlin at 8:37 PM