State of the Blog Address

Despite being a lazy, worthless hobby blogger, I still manage to keep about 30 people amused each day.  Yes those are my unique hits every day.  Despite new content since the summer.  I'm still getting about 225-300 page views a week.  It's crazy.  I'm guessing it's because of my finely tuned blog roll over there on the left.

I should really start blogging again.  It was therapeutic and helped relieve stress, which I have much of.  For those wondering where I have been, and for those that haven't, here's a recap...

====Been working as hard as I can with my new start-up job.  We are almost 2 years in and everything is going good but it can always be better.  The guys I work with are the best in this business and our philosophy is one I wholeheartedly believe in.  In this short time, we have built ourselves around almost 200 clients, representing over 700 properties.  More clients means more stability and that's my goal.

====Baseball.  Baseball.  And more baseball.  The kids were in spring season and also fall this year.  They both did really well in the spring.  That was the last year for both of them in their respective leagues.  My oldest moved up from Minors to the Majors in the fall.  My youngest moved up from Rookie to Instructional.  However, the weather didn't cooperate much for the fall, which is why the last games finally happened in the middle of October.  At one point we were having 3-4 games a week between the two boys to cover make-up games.  Plus there was still a tournament for both leagues.  But seeing my kids play is priceless and I would give up everything just to be a part of it.  Turns out I have two pretty consistently accurate pitchers on my hands and two guys that love to be part of the game.

====I got married last week...October 24th to be exact.  Those "new" relationships take a lot of work sometimes but mine just happens naturally.  It helps that she has almost the same affinity for small pieces of cardboard.  I got to marry my best friend and quite possibly my soul mate.  I never thought I would ever get married again.  Life just happens this way sometimes.

==== I couldn't wait for the NHL season to start.  But what happened to my enthusiasm?  Despite the great start by my Penguins and the hopeful season ahead, Comcast once again failed me by first, promising free Center Ice previews for the month of October and not delivering...at all!  Not one stinking game, despite the constant advertising for it.  Second, they have rearranged scheduled programming from the beginning of the season, bumping games and opting instead to show rebroadcasts on some channels.  Good thing I have the Pens App on my phone.  And third, well, I just can't take anymore awful announcing on the games that do get televised.  The nationally broadcast games on NBC are just bad.  They really are.  I get lucky some nights with simulcast HNC games on the NHL Network but those are few and far between.  Maybe the second half will get better. 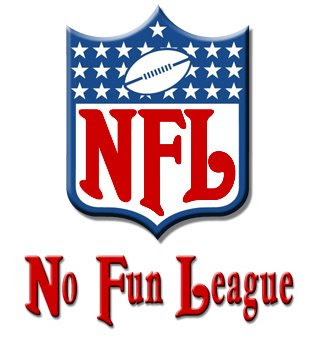 ====Was uber excited for the NFL season.  Then it started.  What happened to defense?  I mean seriously?  Where is it?  45+ points per game is certainly exciting to some but I like smash mouth football.  The league has taken the defense out of the game and castrated them.  You get 15 yard penalties for even thinking of making a tackle this season.  I guy touches your arm as a common gesture during a conversation and it's a spot foul.  It's really pathetic.  This isn't my fathers football league, I understand that, but it isn't even mine either.  And the Steelers?  Ugh.  Other than a couple games, they have been atrocious compared to previous seasons.  At least watching RedZone on Sundays is still quite entertaining.

====This is the first year I have bailed 100% completely on fantasy sports (unless you count Topps Bunt).  I just wasn't into it this year.  I thought that I could be a better fan and watch for the joy not because I had some vested interest in the Jacksonville Jaguars vs. the Miami Dolphins.  But alas, I miss it.  I miss stats.  I miss caring about players I hate.  I miss the trash talking.  And it's going to hurt at the end of the season when I don't get my $250-$400 that I have won for the last 10 years. 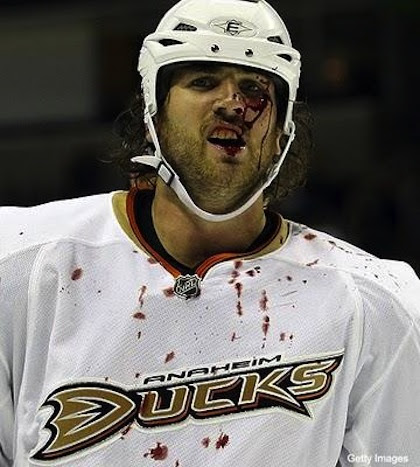 ====Cards have honestly bored me to death lately.  Part of the reason is that I just can't find the time to get organized.  When I think about my collection, I feel like that guy right over there.  Beat up, bloodied, and hurt.  I have a card room.  Upstairs in my home.  It could be amazing.  But it isn't.  It's the bane of my existence.  Cards everywhere.  Unsorted boxes and piles of stuff lying around...It's sad really.  There is just too much and despite my efforts to scale down (If anyone was wondering, I sold the Card Garage...well about 85% of it at least).  I am more than happy to sell or trade most of what I don't want.  The problem lies in the fact that I don't really know what that stuff is.

So I'm looking for a jumpstart.  Something to unearth the beast that slumbers inside me.  So far, the hockey releases have been less than what I expected.  MVP disappointed me (what a shock).  I wanted something more from Artifacts.  I still haven't bought any O-Pee-Chee and I'm hoping the Upper Deck flagship brings me out of my funk.  There is a show coming up in November in Chicago that I usually attend every year.  Maybe that will release the Kraken?  Maybe.

====Along the same lines as the last comment, I haven't even touched much by the way of cards.  I have had no reason to.  But I actually just responded to 3 Zistle trades last night, which is a good start I guess.  The more interactive I am with all the blogs and card sites I have used, the more active I will get back into my collection.  As for selling stuff, I really wish my Collector's Revolution inventory would move better but I just can't figure out how to master the art of social media (which seems to be the catalyst for the larger volume sellers).  I still do pretty good on COMC though considering I have yet to invest a dime.

====Music takes up a lot of my free time.  My band, 6ix 5ive 9ine has been playing out a lot more frequently the last few months and the response from the crowds has been great.  It will be interesting to see what 2015 brings for us.  My wedding, that I mentioned earlier, even took place at one of our gigs.  It was epic.

On weekends I am not spending with my kids, there is usually something planned.  Whether it is a gig, practice time, or rehearsal, being in the band and making things work takes up a lot of time.  But is definitely worth it (of course not financially since I'm no where near quitting my day job).  We have toiled around for a long time and to finally get to play for people over the last few years is a blessing.  I love my band mates (which is good since I married one of them).

That's about it.  Boredom, laziness, being busy...you know, the usual distractions from card collecting have kept me from the blog.  But I'm still not going anywhere.  I'm not closed for business and the blog will still be here for all you faithful that, if nothing else, use this as a jump point to read the great stuff from all the non-lazy, non-bored, bloggers out there in the world.
This Post Brought To You By dogfacedgremlin at 10:01 AM

Email ThisBlogThis!Share to TwitterShare to FacebookShare to Pinterest
Labels: saying hello, state of the blog address