Panini has once again resurrected a dead insert set.  This years 2012-13 Score release has reintroduced to the world to the Check-It set.  This punishment themed set coincides well with the NHL's new policies that crack down hard on the very existence of what this set glorifies.

Fine by me.  Checking is a vital part of the game and a well executed one can be the most exciting moment of any game.  They can change the momentum.  They can get a crowd into a game.  They can make a statement.

Back in 1995-96, Score made their statement, unleashing this set onto the world.  Let's take a look. 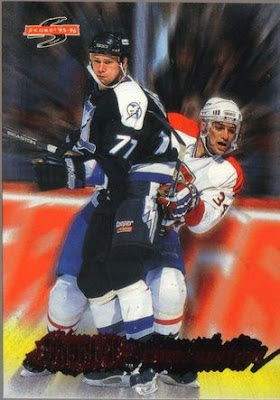 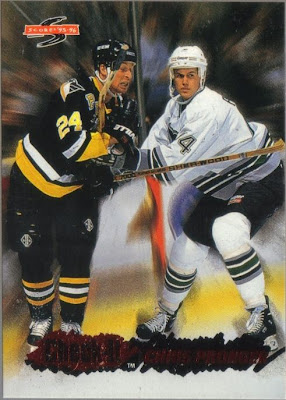 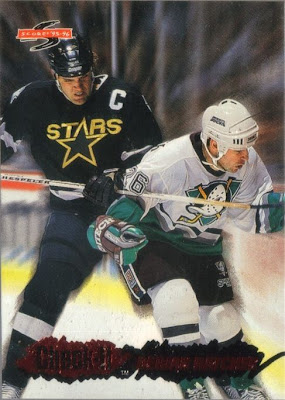 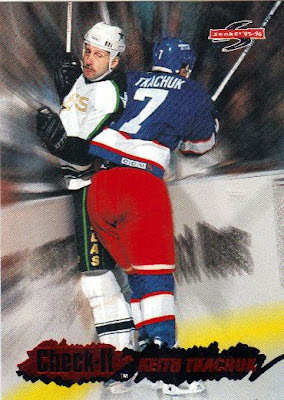 Then again in 1997-98, Score's Pinnacle release, their "high end" at the time, brought back the set for a second time.  As many of the Pinnacle release inserts, they went all out in their presentation with a holofoil printing (I don't think it was dufex because that wasn't invented yet...I could be wrong). 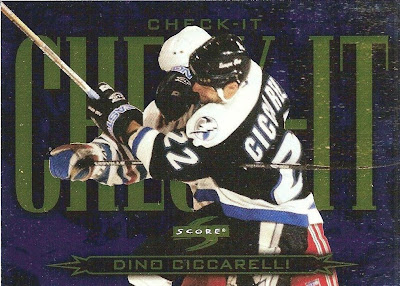 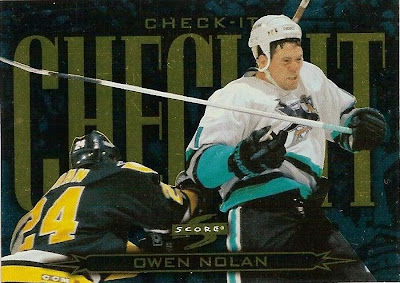 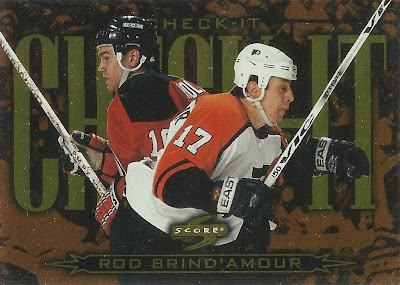 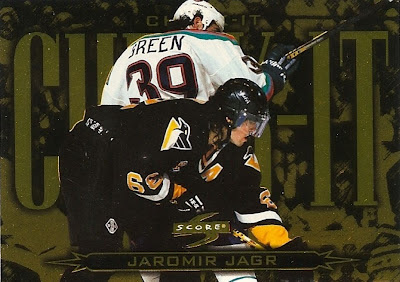 Fast forward fifteen years to 2012-13 Score and we have it again.  These are the only two I have. 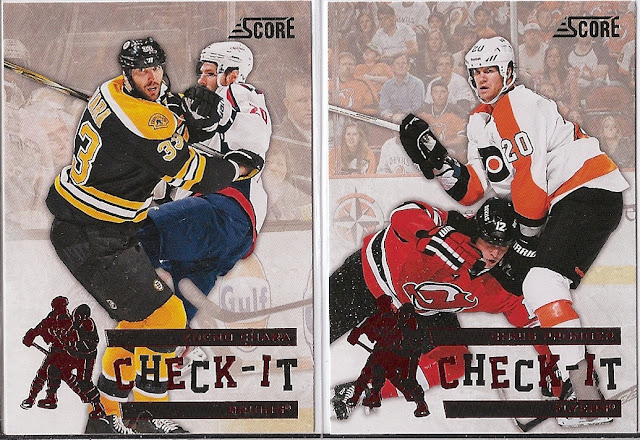 I like these sets, I like the subject material, but I don't like the photos.  Why?  How many of these cards actually show a check being dished out?  I count 4.  The rest of these are events either before, after, or some kind of awkward positioning.

A few of the highlights here...

Chris Pronger gets the honor of being here twice (only because I had them handy).  The first one features him cross-checking Troy Loney into the boards.  The second one has him holding down a NJ Devil player (although I don't know who that is)...NOT CHECKING.  Jagr is shown digging a puck out, more than likely by the boards..NOT CHECKING.  Brind'Amour is in the middle of a spin move in his synchronized skating event with his partner...NOT CHECKING.  Dino Ciccerelli is mugging a Ranger with a half-nelson, sleeper hold move...I'll give them that one.  Derian Hatcher is about to give a slough foot to Paul Kariya...NOT CHECKING, YET.  Owen Nolan is doing something, I'm not sure what, but it isn't CHECKING.  It looks kind of like he just avoided being checked.  Maybe a better name for this set could be Awkward Positioning, or Penalty Potential.