For the fifth box in REAL DFG's FIRST EVER MID-SUMMER PRE-SEASON AFFORDABLE COMMUNITY GROUP HOCKEY BOX BREAK EXTRAVAGANZA!!! we have a hobby box of 2002-03 Pacific Exclusive.  Exclusive was a upper echelon set back then with a premium price tag and premium feel to the cards.  Unfortunately, these were never meant to be kept sealed in their cellophane dungeons forever and many of the cards now suffer from some surface damage due to sticking or flaking of the edges.  Still, they are a nice early 2000s set with plenty of bang for your buck.

Each box averages two GU sweater cards and a Rookie Autograph that is on-card and hand numbered.  I have seen some of these autos and they are nice.  I pulled a Bouwmeester out of a box about six months ago.  There are also both Gold and Blue parallels.  The Gold fall about one per pack and the Blue are about one per box.  And, like all other Pacific sets of the era, there are a ton of inserts.  We should see between 13-15 in this box.

So there you have it.  Finally a big hit worth mentioning over and over again.  That Zetterberg Rookie Auto is a very nice card.  I think the only bigger card would have been the Rick Nash but I'm not sure they aren't on an equal playing field here.  Even though it is numbered out of 1000, it is still on-card and not a sticker.  I don't think companies knew what stickers even were back then.  That means that Hank had to sift through 1000 of these and sign them.  I wonder how long it took?  Plus...these are numbered as part of the regular base set, so in actuality there are only 1000 possible complete sets.  Mind blowing isn't it?

Here are some scans of some of the goods...

First the gold parallels.  I'm not going to show them all because we will be here all day.  Here is a sampling of four of them. 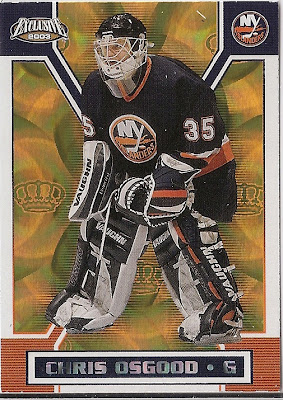 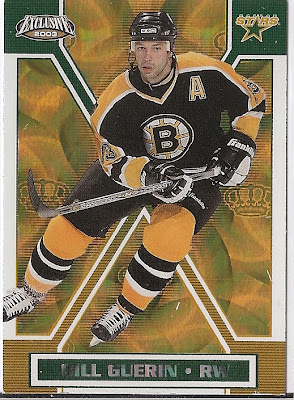 Here we have another mind numb-er.  This goes to Dallas
since that's the team on the card, despite the B's sweater. 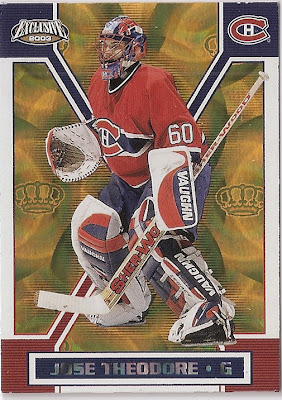 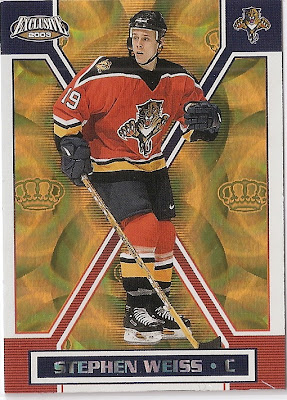 Here is the Blue Parallel numbered /699 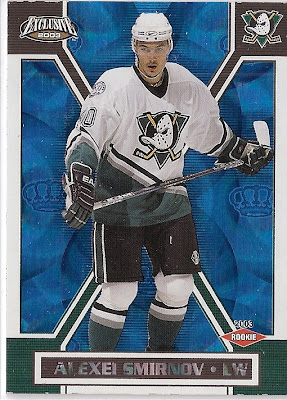 Some of the rookies we pulled... 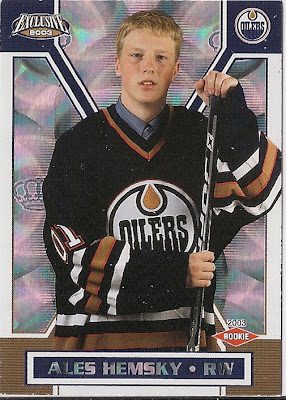 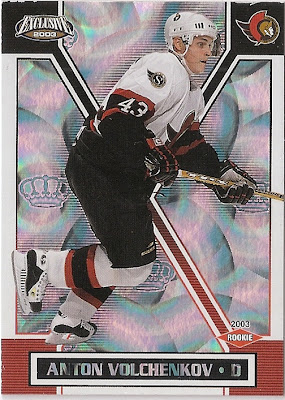 We pulled two of these.  Doubles are stupid in the same box. 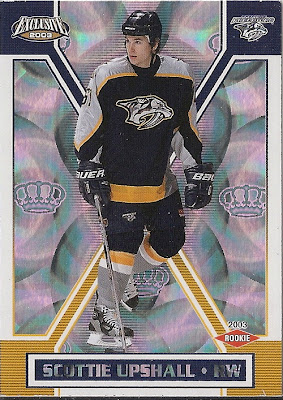 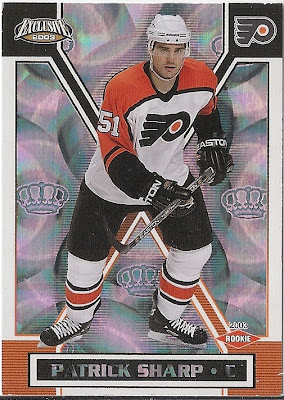 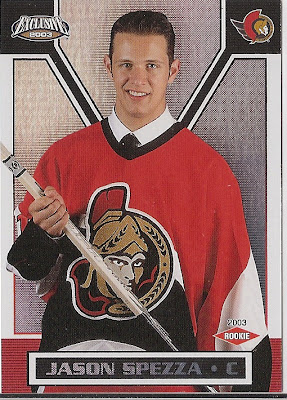 Another Spezza rookie...we got a couple in another box too. 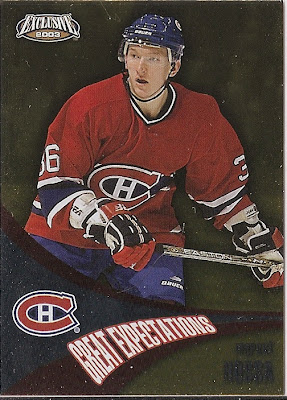 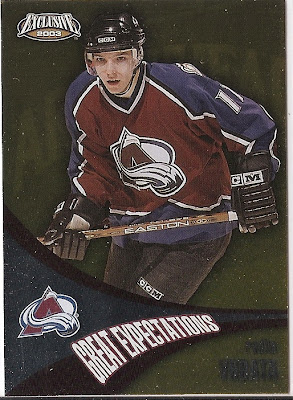 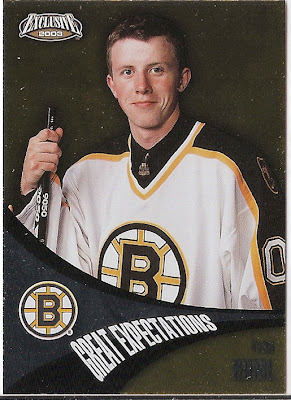 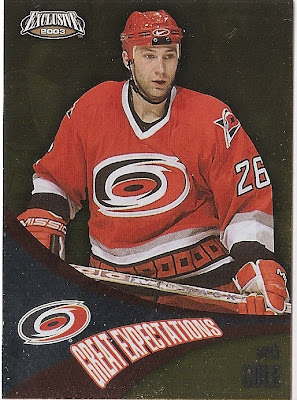 And a plethora of other inserts... 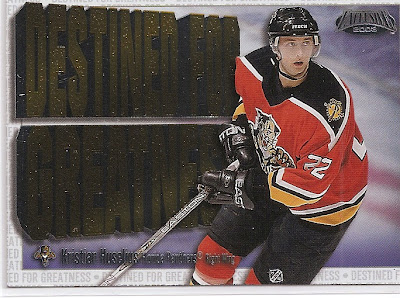 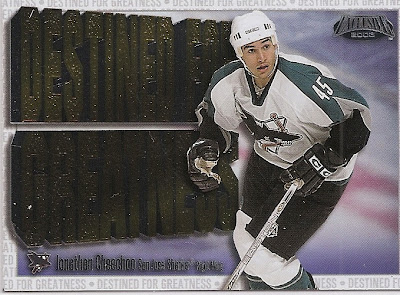 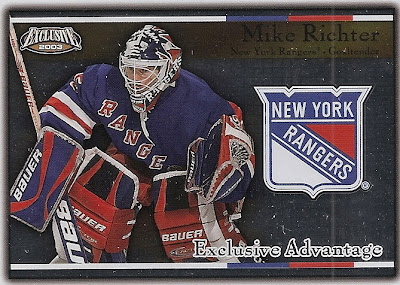 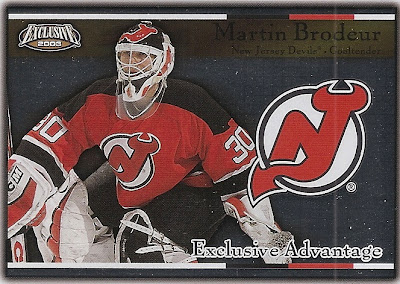 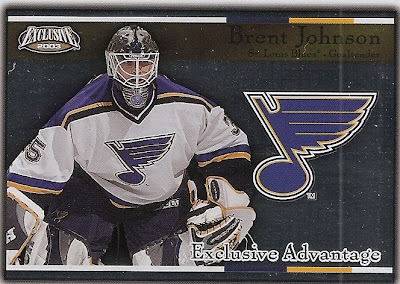 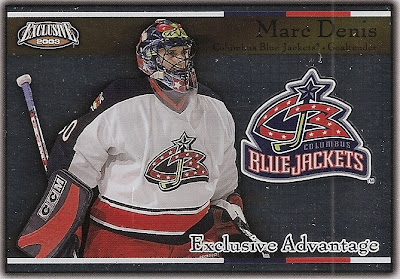 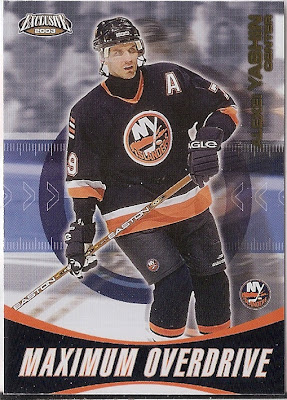 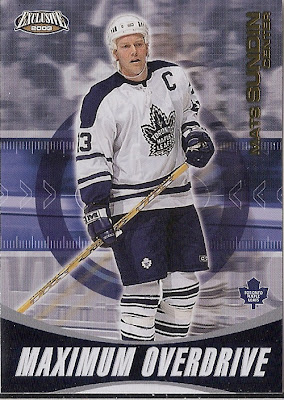 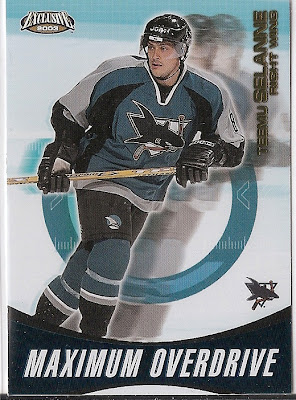 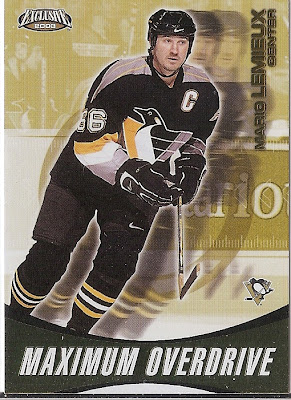 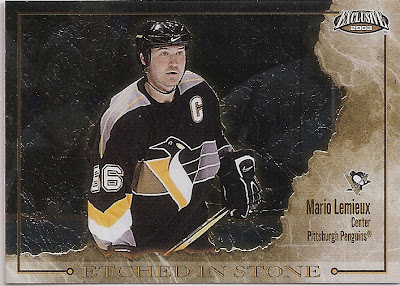 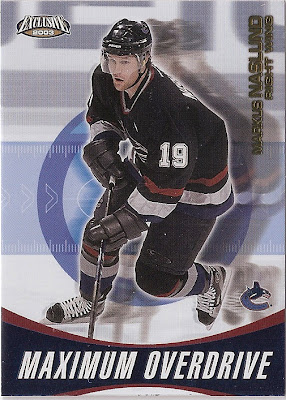 Here are the two GU "hits" 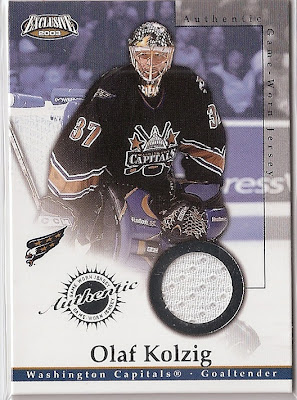 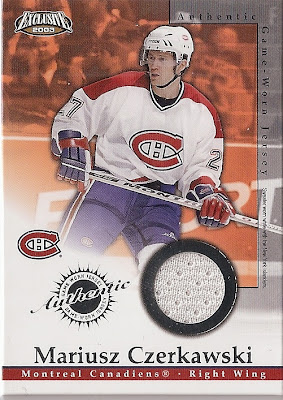 And last but certainly not least, the best hit of the Group Break thus far... 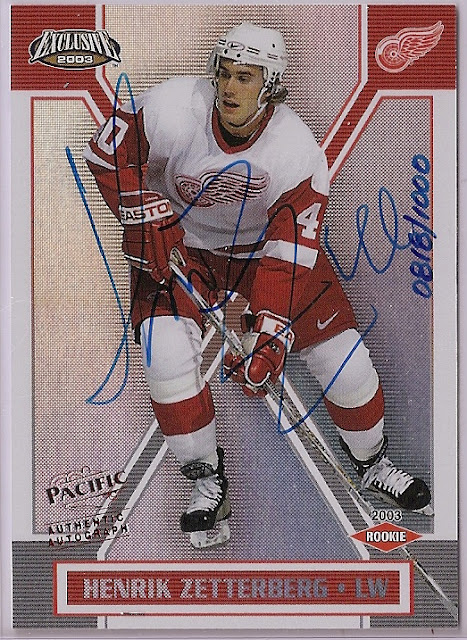 Here is the latest updated card count for everyone. I think I have them all pretty accurate.

Stay tuned for the GRAND FINALE with the last box in the Group Break.
This Post Brought To You By dogfacedgremlin at 8:51 PM