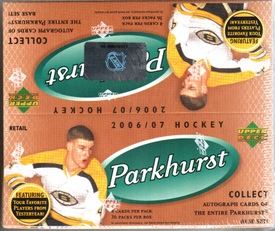 I'm going to start of by saying that I have always wanted to put this set together.  I missed the boat on hockey cards back in 2006-07 because I didn't back into collecting until the following year.  So everything prior went sort of unnoticed for a while.  Upper Deck's resurrection of the Parkhurst brand features a 160 card base set with another 90 "subset" cards to boot.  All of which, are featuring the greatest legends and superstars in the history of the NHL, including what was up to this point one of only 13 cards of Willie O'Ree and one of 6 cards of Clint Smith to be produced (not counting their Beehive photos).  I think even now as cards are starting to get overproduced again there have only been about 40 O'Ree's and maybe 20 Smith's total.
Over the years, I have picked up a few packs of this stuff and loved everything about the set.  The design to me is very appealing with a sort of brush stroke faded edge to the shots.  For the most part, they are all action shots of the players with posed shots both black and white and in color of many of the early greats of the game.  They also have a nicely placed, unobtrusive logo at the top (as in most Parkhurst sets) and a well designed name plate at the bottom.  The backs, although only summarizing the players career, give a brief write-up on each player.  Also included at the bottom is a beginning and ending season for each players career, something that always comes in handy for any hockey fan.

The other thing that was cool about this set was the potential for autographs.  They jammed this set full of some of the greatest players to ever lace up skates and got the majority of them to hand sign cards.  Of the dozen or so packs I have ever opened of this stuff to this point, I pulled two autographs and was very happy with the player selection.
Also in this set are two subsets featuring a celebration of Captains of their respective teams throughout NHL history and one of the first sets to showcase the always lovable Enforcers.  If you relish in the ability to pull a Probert, Kocur, McSorley, Gillies, Williams, or Semenko in one set, look no further.
I thought I would take a minute to showcase some of the cards for those that may have never seen them as well as the higher numbered, lower print run subset cards.  I'll also show you my, ummm, autograph. 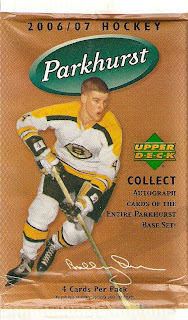 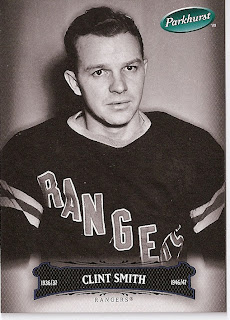 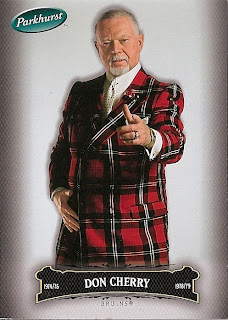 The great Clint Smith and Grapes himself, Don Cherry (I think my only Don Cherry card, actually) 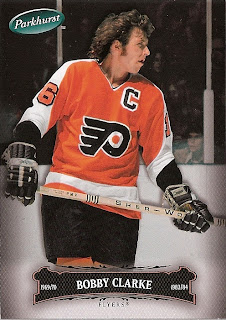 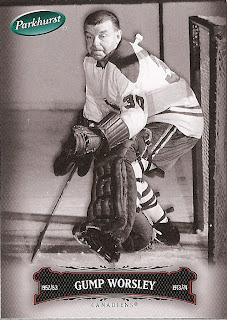 Bobby Clarke and Gump Worsley (I wonder if the pad I have came from what he is wearing in this shot?) 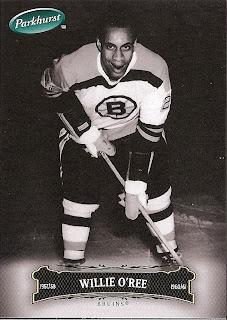 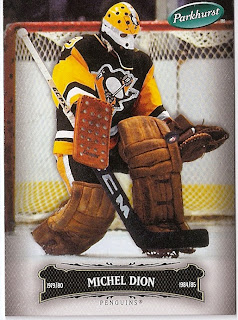 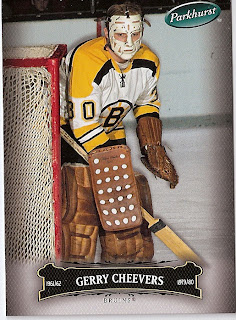 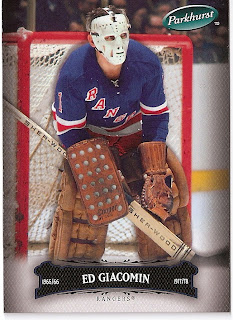 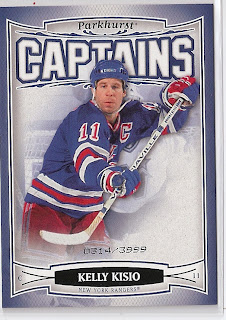 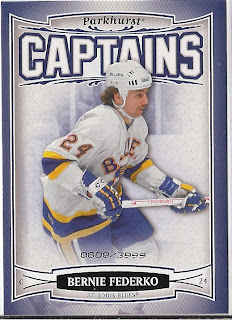 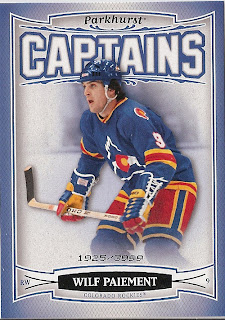 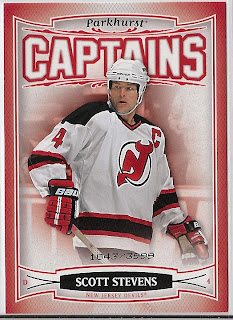 Wilf Paiement and Scott Stevens (Where else can you pull an old Colorado Rockies card?) 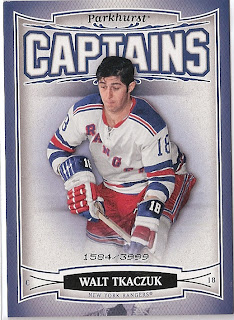 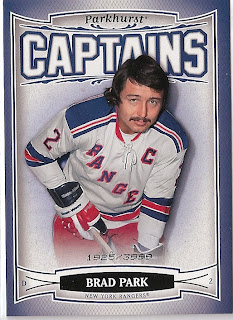 Walt Tkaczuk and Brad Park (Yes, this box was very Ranger-heavy)
And finally, last but not least, the moment you've all been waiting for...The Autograph...(drum roll, please) 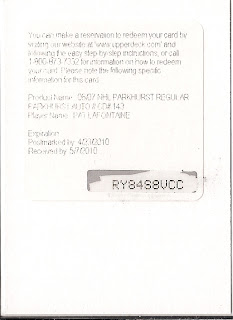 In case you might not be able to read that, it says I am entitled to one autograph card by former Islander/Sabre great, Pat LaFontaine.  You can imagine my initial elation, realizing that upon further review, the expiration date was last year.  Just for giggles, I logged onto Upper Deck's website, scratched off the code (as you can readily see), and low and behold..."You're Redemption Has Expired".  In other words, "We realize that we had a card at one point in time that corresponded to this redemption card and it was sitting here minding it's own business waiting for you to redeem it.  But, unfortunately, you took too long to buy a box of these and we gave your card away in a flea market last weekend to a homeless man to use for toilet paper.  Sorry."  I suppose that was my punishment for pulling two other autographs out of random packs of this product for no apparent reason.  I guess it could have been worse.  I could have been the guy who got the John Quincy Adams cut-auto stuck onto a card of John Adams (sans-Quincy).

I'm not going to hold that against the product though.  It is still a really nice set to chase that is very affordable and features one of the best player selections you will find in any product.  I will admit that it is going to be difficult to put an entire 250 card set together but I can't say I'm not going to try.
This Post Brought To You By TheRealDFG at 6:00 PM