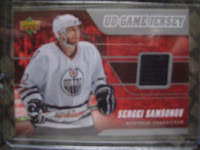 I'll be honest here.  I'm not a Sergei Samsonov superfan or anything like that.  Shocking isn't it?

But I digress.  Samsonov was supposed to be one of the biggest prospects to come out of the European leagues back in the early-mid 90s.  He was a phenomenal goal scorer for the Red Army junior team and had garnered the attention of dozens of scouts.

The Bruins drafted Sergei 8th in the 1997 draft (after picking up a guy some of you may have heard of, Jumbo Joe Thornton with the 1st pick).  He made a huge impact in his rookie season with the team and won the Calder.  A few years later, he played in his only All Star game.  After that, you didn't hear much from the Russian phenom.  10 years later, he packed his bags for Florida and his 7th team in 13 years (Boston, Edmonton, Montreal, Chicago, Chicago's AHL affiliate, Carolina, and Florida).

But that wasn't my purpose for posting this little diatribe.  My point was to find out if there are any other Samsonov fans out there.  If there are, speak up... 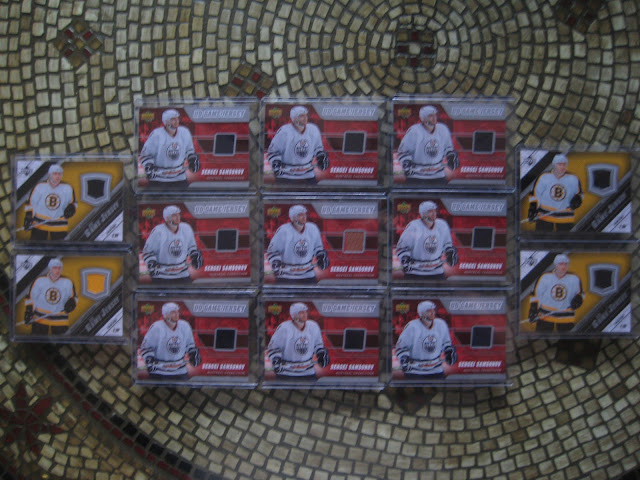 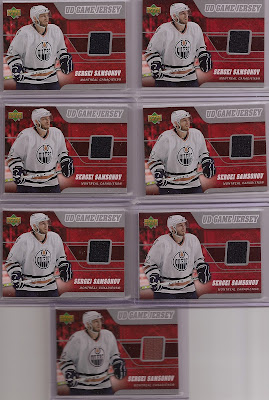 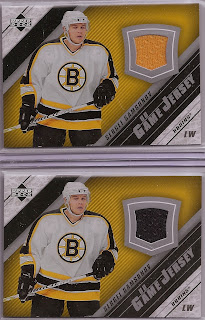 Yes, my friends.  Those are 9 Samsonov Game Jersey's in an Oilers uniform and 4 others featuring him as a Bruin.  How does one come to possess this many Sergei's...I have no idea.  I originally scanned 7 of them along with the two Boston ones.  After going through a box of cards (not from the Garage), I found 4 more.  I've been Bipped by Sergei.

Would anyone like to take a few of these off my hands?  Let me know.
This Post Brought To You By TheRealDFG at 6:19 PM