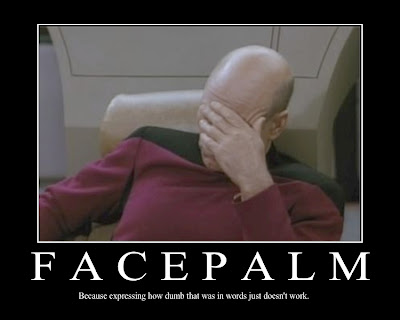 Ok, I am not going to waste my time with a narrative of the Hockey Hall of Fame or it's annual process of screwing people.  If you want to check out the list of inductees and celebrate their achievements, go over here.  Bottom line is, I am not upset with the selections.  I applaud the efforts of the Hall to finally include Women's Hockey for the first time.  Cammi Granato and Angela James are more than deserving as both were dominant players during their careers.  I am not even arguing over the fact that two builders were taken.  Both Jimmy Devellano and Doc Seaman are more than deserving for their contributions to the NHL, especially Seaman with his virtual creation of the Calgary Flames organization and his 4 cups with the Red Wings.

What I am quite upset with is the lack of any brains or common sense on the part of the election committee.  Each year since adopting the new rules allowing for female athletes, two women and four men are eligible for acceptance into the Farce, I mean Hall of Fame.  When you have a list of eligible players that include the likes of Dino Ciccerelli, Doug Gilmour, Pavel Bure, Joe Nieuwendyk, Adam Oates, Dave Andreychuk, Eric Lindros, and Mark Howe, the task of choosing is certainly a daunting one.  However, it also makes sense to choose the best players at their positions during their career.  Considering most of these guys played during the Gretzky/Lemieux era, I will admit that there are no DOMINANT players among this group.  But this list includes guys that had careers better than some of the current members already in the Hall. 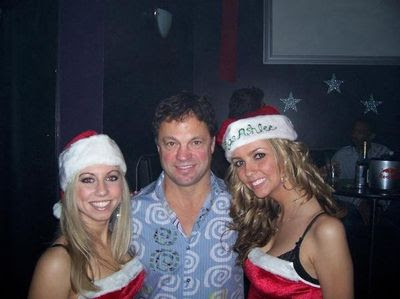 Well they picked Dino Ciccerelli with their first pick and no one after that.  Let me repeat that again.  They picked only one eligible player.  ONE PLAYER OUT OF FOUR!!!  Not only that, and not to take anything away from Dino, but they didn't even pick the best available.  Like I said, I'm not saying Ciccerelli isn't deserving.  He is.  He was a solid player for his entire career and put up some great numbers.  The better question is why did it take a decade for him to be put into the hall?

The simplest explanation is that this same group of senile old men that seem to have forgotten what their job is and started treating the election committee like their own personal secret society complete with secret knocks and handshakes, took it upon themselves to snub Dino because of his "off-ice" antics.  Using our time machine, let's travel back to 1988 when an arrest warrant was issued for Ciccerelli for clubbing Luke Richardson over the head with this stick.  He was penalized, given a game misconduct and suspended for 10 games.  He was to be charged with assault despite the fact that Richardson was okay.  He was also public enemy #1 in Toronto from that point forward.  He eventually served a day in jail.

Fast forward a week after his stint in the clink and we find him standing on his front porch getting the newspaper...sans pants!  After the 7 year old neighbor told her mother, the police were notified.  He was charged with indecent exposure and pled guilty.  He served 50 hours of community service for that one.  There was another rumor of him standing in his bay window of his house sans pants on another occasion too but I don't know if that was ever proven.  How about we move to 1990, when he and a bunch of fellow Capitals were accused of running a train on a 17 year old in the back of a limo.  Of course in this case, the grand jury declined to charge the players siting the evidence didn't prove it occurred against the girl's will and all the witness testimonies to police suddenly changed when it came time for their depositions to the court.

I have also heard that while on the Red Wings, he didn't win any friendships from the players and was especially disliked by then coach Scotty Bowman.  Regardless of whether any of this is relevant, the "League of Extrordinary Gentleman" have probably used this against him for years despite his hall worthy numbers and have finally come to grips the fact that they have allowed much more inferior players in during the time he was eligible.  But if you are going to make the "retribution" selection or "sentimental" pick, wouldn't you want to spend it on, oh I don't know, maybe Pat Burns as a builder who has cancer and probably won't be around when he does deservingly get elected?  I'm just saying...

For the sake of rambling on for hours, isn't it about time the Hall choose a different selection method?  A closed door meeting among all the voting members where they probably just sit around in a cigar smoke infested room watching snuff films on an old reel-to-reel probably isn't the best way to choose legends of hockey to be immortalized in the Hall of Fame.  I'm not saying let the fans decide.  We all know how that goes over with the ridiculous All Star voting.  I'm also not saying to change to the baseball method of allowing media members to vote.  I am just saying it's about time we raise the gag order on the committee members and start getting some answers as to why they make the decisions that they do.


--This concludes our test of the Emergency Broadcast System.
This Post Brought To You By dogfacedgremlin at 10:29 AM