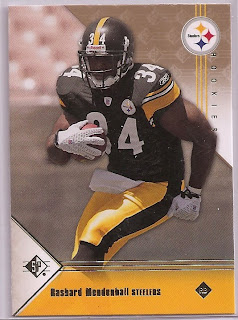 If there is any hope of pulling out a decent year, most of it rests in the hands of this guy.  Rashard Mendenhall is coming into his third season as a Steeler but his first as the full-time starter.  He has big shoes to fill with the departure of Willie Parker and the tradition the Steelers have had in the running game. 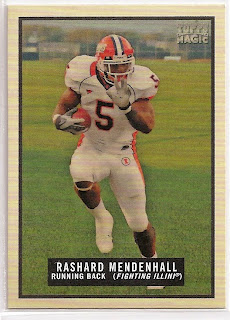 After losing out on his rookie season due to a devastating hit by Ray Lewis in his first game as a Steeler, Rashard was on a mission to prove he wasn't as soft as people were labeling him.  Last year, Mendy was able to pull of 1,100 yards and 7 touchdowns and half those yards were after contact.  Mendenhall averaged 4.6 yards per carry last year and 3 yards per carry after contact.  That was better than Ray Rice.  Kirby Wilson, the Steelers running backs coach said of Mendy,

"He's got tremendous lower-body strength. There's a lot of times when people don't recognize his ability to run through arm tackles and first contact. Very seldom does the first tackler or first hitter ever get him down.  Those are the hidden runs that add up over the course of the year."

On the plus side for Mendenhall, he is not only fast, he is quick.  I know it seems there is no difference but there is.  You can be fast in the flat running along the sideline to the endzone, but quickness is something that gets you to those holes and springs you for those big runs.  He can run inside, outside, off-tackle, and runs some of the best misdirections I have ever seen (well maybe not the caliber of Emmitt or Barry but he is getting there). 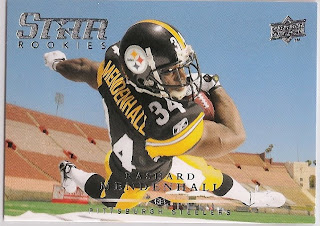 All of these things combined are going to have to carry a lot of the burden in this offense this year, especially in the first four games.  I think (hope) he is up for the task.
This Post Brought To You By TheRealDFG at 10:00 AM