Sad news in the Rock World 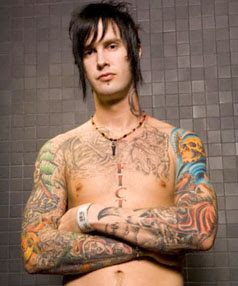 I don't think I have ever posted three times in one day but this deserves to be put out there. This is one of my non-card/sports related ramblings.
Some of you might already have heard but the drummer, Jimmy Sullivan, for the rock band Avenged Sevenfold was found dead in his home. The police have not released any cause of death and speculation has been running rampant about what has caused his untimely passing.
I'm not going to speculate but on the rock stations on Sirius, they are reporting "natural causes". I'm no doctor but how many 28 year olds do you know that die of natural causes?
Personally, Avenged Sevenfold is one of my favorite mondern era rock/metal bands that have come around in a long time. Since I first picked up their album, Sounding The Seventh Trumpet, back in 2002, I was hooked. They were a unique band, mixing rock, hardcore, and metal into a blend that sounded like no other artist. The Rev's drumming was unbelievable on most tracks and I considered him one of the top modern rock drummers of our time. With only 5 studio albums under their belt, it's going to be hard to continue without The Rev.
He will truly be missed. RIP Jimmy "The Rev" Sullivan.
The band posted this statement on their website:

JIMMY “THE REV” SULLIVANIt is with great sadness and heavy hearts that we tell you of the passing today of Jimmy “The Rev” Sullivan. Jimmy was not only one of the world’s best drummers, but more importantly he was our best friend and brother. Our thoughts and prayers go out to Jimmy’s family and we hope that you will respect their privacy during this difficult time.Jimmy you are forever in our hearts.

This Post Brought To You By TheRealDFG at 4:20 PM