There has been a long history of deep seeded hatred between the New York Islanders and the Pittsburgh Penguins.  Here's some proof.  On this day in 1982, the Penguins and Islanders had an epic battle...literally...with the Isles trouncing the Pens 9-0 at the Nassau Coliseum.

Why post this in an otherwise, generally positive Penguins feature?  This game saw a record number of penalty minutes at 233.  That's right.  233 Penalty Minutes!!! 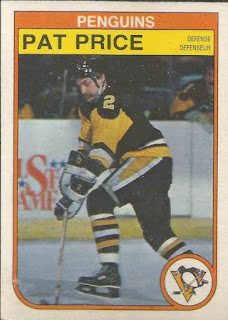 The first period was nothing out of the ordinary other than two goals by Butch Goring (who would later get the hat trick) and a few run of the mill minor penalties.  But then things started to heat up.  Pittsburgh's Marc Chorney took an interference call about two minutes into the second and the chippiness started to escalate.  Two minutes later, a fight broke out between Pittsburgh's Pat Price and NY's Duane Sutter, instigated by Price but finished by Sutter.  Despite the effort, this did nothing to light a fire and bring any momentum to the Pens game.

Five goals were scored by the Islanders in the second period, all within six and a half minutes of each other, all by five different players.  Nothing could keep them off of the scoreboard.  Kevin McClelland tried once again to spark something on the Pens bench by battling Stefan Persson at the ten minute mark.  Still nothing seemed to work. 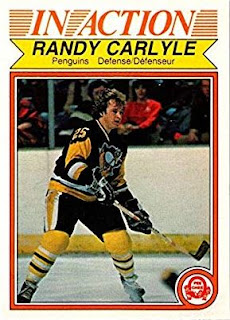 With only four minutes left in the third period, and already down 9-0, a melee broke out.  Pat Price grabbed Duane Sutter for a second go around.  At the same time, Randy Carlyle battled with Brent Sutter, assisted by Doug Shedden.  The Penguins' Marc Chorney jumped off the bench and joined Doug Lecuyer and Kevin McClelland in battling a pile of Islanders that included exchanging blows with Clark Gillies.

In the end, the score remained the same at 9-0 and it was the worst loss the Penguins have had to date with the "other" NY club.  After all was said and done, the game ended with the Penguins being assessed 125 PIMs, while the Islanders were caged for 108 PIMs.

I'll just leave the stat line of PIMs down here so you can see the carnage for yourself.


This Post Brought To You By dogfacedgremlin at 7:30 AM