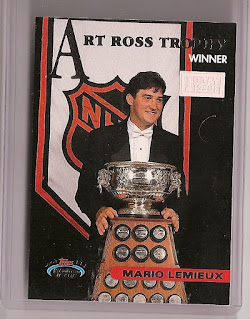 On this day in 1992, the brooms were out in Pittsburgh as the defending Stanley Cup champions completed a four-game sweep of the Chicago Blackhawks.  The 6-5 victory capped off a series that saw the Blackhawks in the finals for the first time since 1973.

While the Blackhawks jumped out to a 4-1 lead in game one, Mario Lemieux's 2 goals (I had to clarify here because Jocelyn Lemiux was on the Hawks roster) helped lead the Pens to a miraculous comeback and they never looked back.