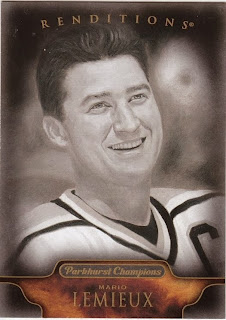 On this day in 1989, Mario Lemieux scored his 9th hat trick of the season, which was one shy of the NHL record.  In a game that was riddled with penalties (44 minutes dished out total), not much defense could be found either. 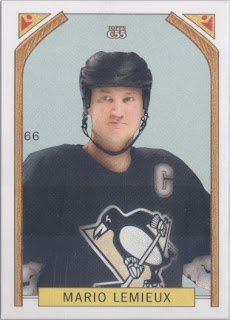 The Penguins scored five goals, all by Mario except for a power play goal by Paul Coffey.  However it wasn't to be on this night as the visiting Hartford Whalers would put up nine behind 3 point performances by Ray Ferraro, Scott Young, and John Anderson. 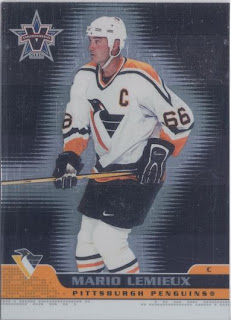 For Lemieux, the hat trick goal also marked his 13th short-handed goal, which set an NHL record that still stands today.  The previous record from the 1982-83 season was set by Wayne Gretzky with 12.  Interestingly enough, the closest any player has come to threaten this record in more recent history was in 2001-02 when Brian Rolston had nine.  Putting that in perspective to today, short-handed goal scoring machine, Jordan Staal, has only ever scored seven in a season.

Mario went on to score another goal late in the game, a power play goal and his 83rd of the season
This Post Brought To You By dogfacedgremlin at 6:00 PM