So Pierre, You Wish To Mock Me

This summer off-season started off with a bang for the Pittsburgh Penguins when the team fired GM Ray Shero.  I will just go on record as saying I don't like that move.  I don't think it was the right one and I think the Pens are going to be entering some interesting times going forward over the next few years because of it (and I don't mean good).

The real problems I saw this season were first, the injuries, but also the player disconnect in the locker room and the direct the coaching staff tried to take the team.  If anyone should have been sent to the showers early, it should have been Dan Bylsma and the rest of the coaching staff.  I like Dan.  I like what he has done in Pittsburgh.  But it is time to go because his coaching style is not going to bring this team another Cup.  It just won't.  But, alas, his job was safe, Ray was sent packing, and the search for a new GM began. 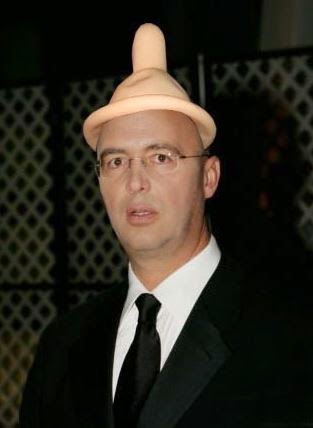 The latest news is that Pierre McGuire, my arch-nemesis (and most of the millions of other NHL fans in the world), has had not one, but two interviews in Pittsburgh for the job.  Two interviews?  Really?  The man with the biggest ego in all of sports broadcasting (yes even bigger than Don Cherry and Mike Milbury) is being considered as a rehire for the GM position?  Really?

Ok, let me get right to it.  Pierre is smart.  He is a bonafide Rembrandt when it comes to Xs and Os on paper, with chalk, or on those tiny rink shaped dry erase boards.  He is a master with numbers, a wizard with lineups, the maestro at play design.

The guy is awful, just plain awful at player relations.  I said rehire earlier because originally, he was brought into the Pens as a scout for Scotty Bowman and eventually "earned" a spot on the bench as assistant coach for the back-to-back Stanley Cup Championship teams in 1990-91 and 1991-92.  So, yes, as a coach (or should I say NHL employee) he has two Cups to his credit.  But after that stint in Pittsburgh, he took his talents to Hartford where he not only became the assistant coach, but also took over the head coaching job when Paul Holmgren stepped down to be the full time GM.

Any Hartford fans out there?  Hello?  Anyone?  Those that remember this time will remember how absolutely horrible his tenure was with the team.  From off ice player fights, bar room brawls, player dissent in the locker room that spilled out to the ice, and frequent temper tantrums backstage, McGuire earned absolutely zero respect from the fans, the city, and especially his players.  Even the team captain at the time, Pat Verbeek, said the best thing the team ever did was fire McGuire.

The guy is so full of himself and his perceived ability to out-coach anyone in the league is legendary.  In post-game interviews coming off losses, his comments would focus on out-coaching the other team.  I remember an interview where the Whalers lost big time, I forget the opponent, but his comment was that he put a better game plan on the ice and his players just couldn't find a way to execute.  Really?  That isn't going to win you fans back there.  He even bragged repeatedly about shutting down Mario Lemieux once despite the fact they were destroyed in part by a 4 goal performance from Kevin Stevens.

As smart as he is with statistics and analysis, I think he lacks that in respect from his peers and his inability to guide a team.  A GM needs to be able to make those decisions.  You are responsible for building a team, not just a talented one, but one that can play together.  A team that can go out, each and every night, learn from each other, and get better together.  Unity, is something the Pens struggled with this year I think. In McGuire, I don't think the Pens are going to find their answer.
This Post Brought To You By dogfacedgremlin at 7:30 AM