I just received a package from the great white North.  It was kind of an expected package since I was told it would be on the way.  Ryan from Cardboard Connection put a call out on Twitter to anyone that would like some extra 2013-14 Titanium Hockey that he had lying around.  Being sucked into yet another set I will probably never complete, I obliged.

A few days later, a giant yellow envelop was curiously greeting me out of my mailbox.  I say curiously because the package was so large that it didn't fit in the mailbox at all.  The mail-type-person simply rested a corner in the top of the slot so that 85% of it was sticking out, ready to plunge to it's death five feet below.  Luckily it didn't because a plethora of wonders awaited me when I opened it.

Not only did Mr. Cracknell give me a handful of needed Titanium (which I didn't take a photo of or scan, nor do I have my list posted), but there was a whole host of other items from my set needs list.  Like these: 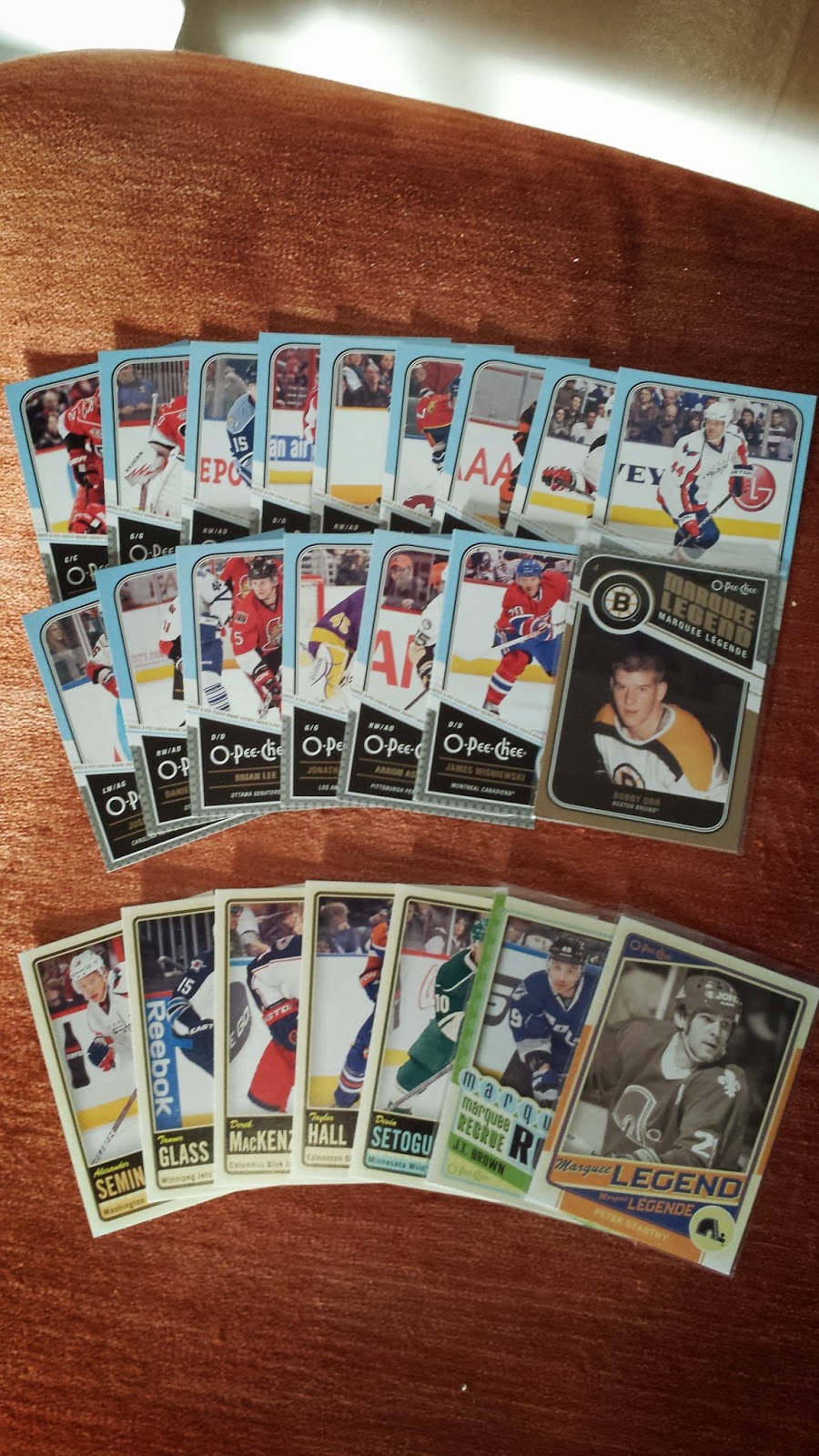 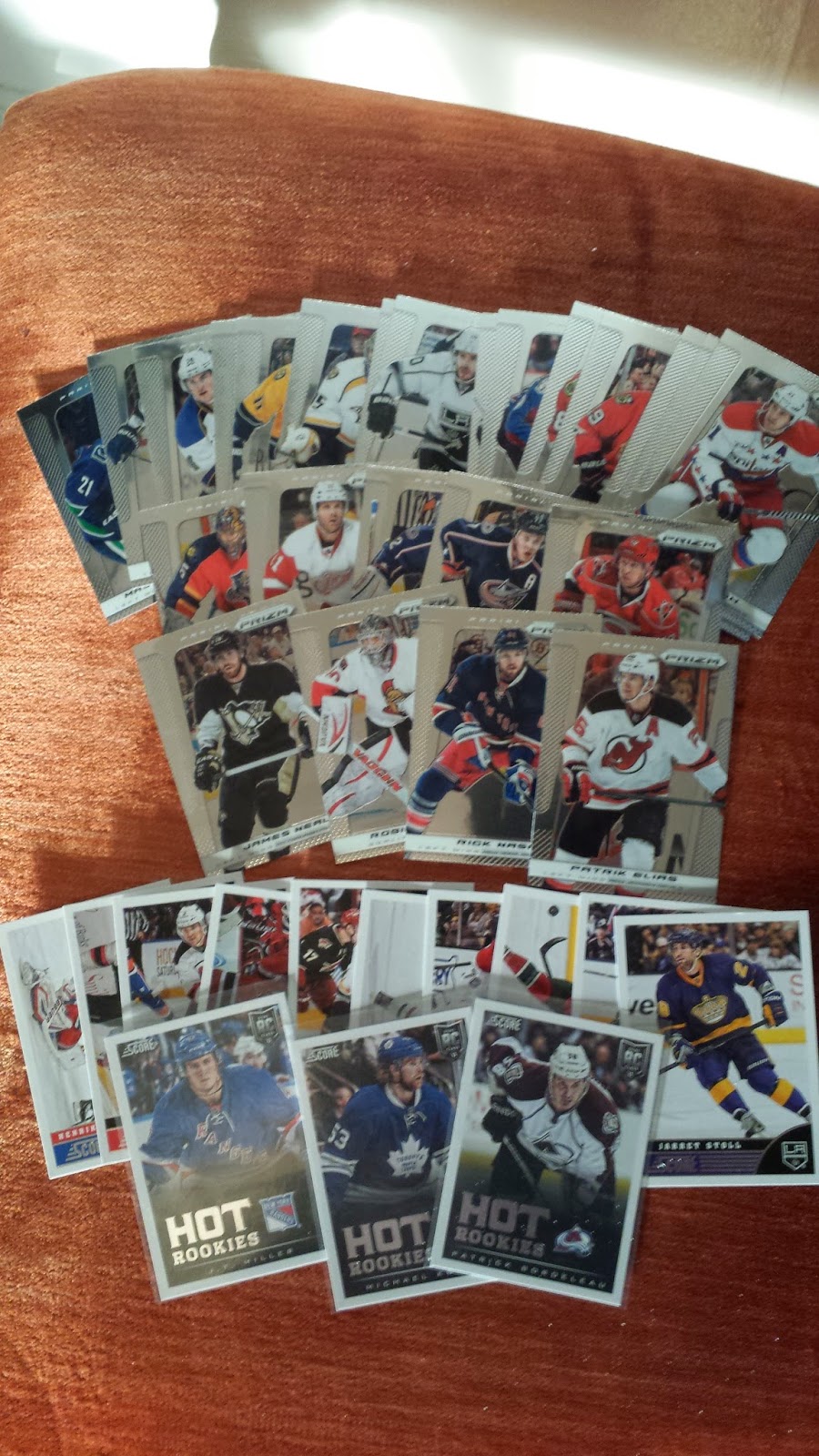 And then there were some of these... 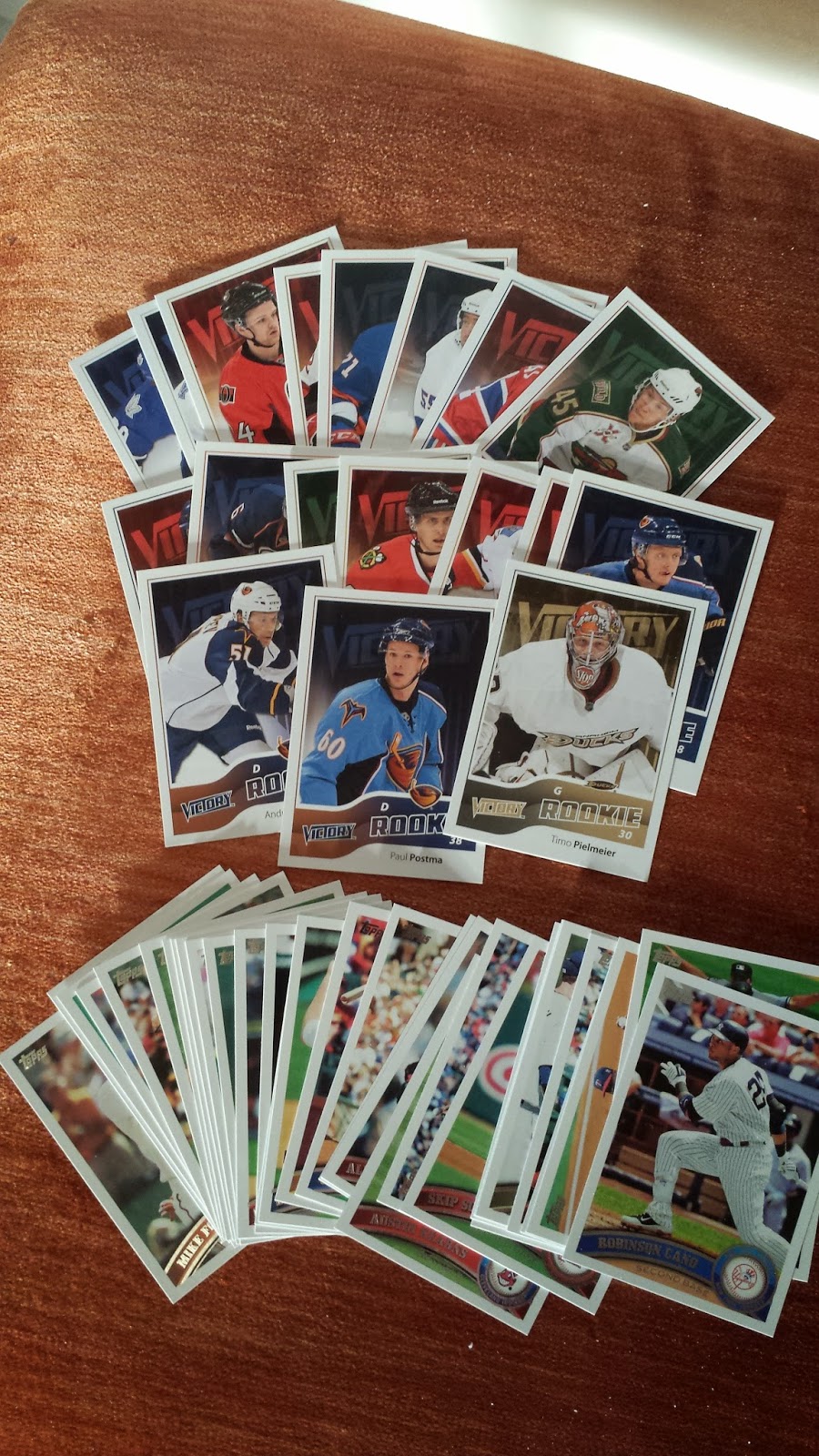 Some 2011-12 Victory rookies that for some reason I still needed.  Yes. Your eyes don't decieve you.  Those are 2011 Topps Baseball base cards that I still need.  That helped but I still need more if anyone out there wants to help a brutha out.

I don't know how many cards in all there were but it was a lot.  Thank you so very much Ryan.  I appreciate every piece of that cardboard gold!!

This Post Brought To You By dogfacedgremlin at 6:30 PM

Email ThisBlogThis!Share to TwitterShare to FacebookShare to Pinterest
Labels: cardboard connection, filling some sets, not a trade post, ryan cracknell