Just when I thought there was no hope for the future, a bright light shone in the distance like a beacon.  No, I was not on a ship at sea, nor was I part of a political speech that wastes 20 minutes of my afternoon while I would have been watching Maury.  My friends...that beacon was the first card set of 2011-12.

There is nothing I like better than when the first cards of the year hit the shelves.  We finally get to see players in their new team uniforms, we get to see the first crop of rookies that got to play at the end of last season, and we get a preview of what is to come in future releases.

The Upper Deck Victory set has always been the first set on the market each year almost since its inception. Victory is usually released in two phases.  The first comes in regular release as part of an initial 200 base + 50 rookie set.  The second will be an insert into Series 2 of the Upper Deck flagship brand.  They also have two insert sets, Game Breakers and Stars of the Game which feature all the best players from each team. 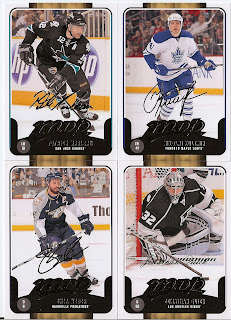 This year, Upper Deck brought back the MVP brand and instead of boxing it separate, decided to make it an insert into the Victory packs.  MVP has been away from the scene for a few years but I think it will be welcomed back considering the rate of insertion into boxes is about 18 per box.  Plus, it takes on the design more like the 2009 version rather than the same boring white border/shield design that was recycled year after year from 2005-2008.  Chasing the 100 card complete set (88 base cards, 12 rookies) will definitely give collectors a challenge. 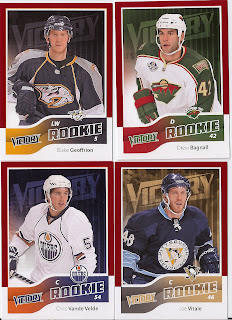 Not one to shy away from a challenge, I once again set out down the path of building this yearly staple of a set when I saw the fresh new product.

In addition to the photos above, here are a few more for your viewing pleasure... 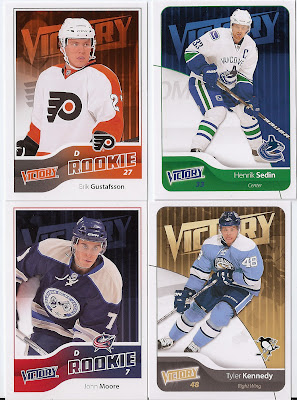 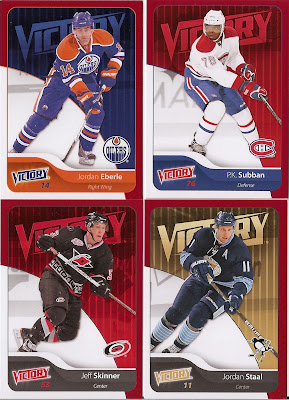 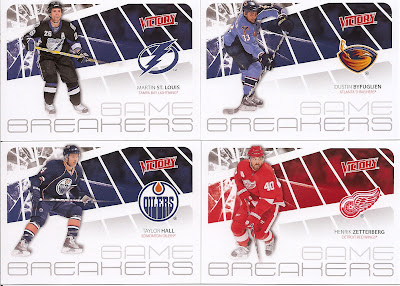 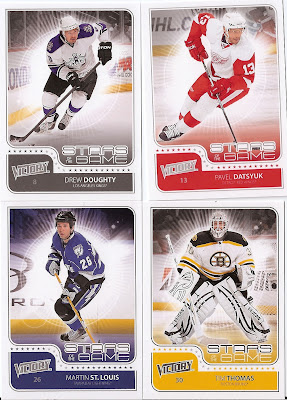 Stars Of The Game
This Post Brought To You By dogfacedgremlin at 10:27 PM