2011-12 Parkhurst Champions - A Little Bit Of Everything For Everyone 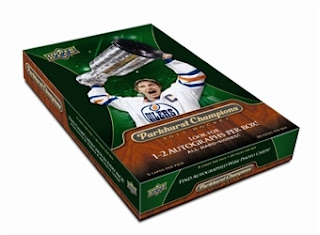 I don't normally do card release previews but when I read and saw these I just had to throw out my 2 Cents.  Upper Deck has decided, once again, to revive an old brand, that being Parkhurst.  This year, they will release Parkhurst Champions for the first time and from the looks of it, maybe not the last time either.  I know this might be old news to some of you but I just stumbled upon these little gems and thought I would share with those of you that are like me and 2 months behind. 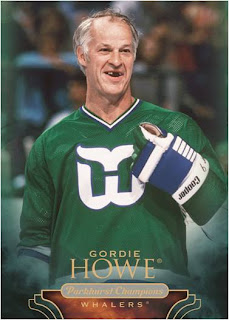 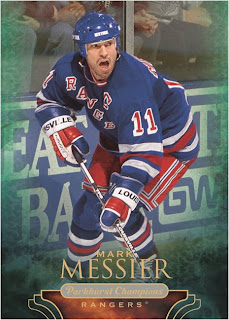 Parkhurst Champions is going to be another set that we all either love or hate and that is a retired player set.  Being that it is Upper Deck, we should get all the greats including Gretzky, Howe, Orr, Lemieux, and well that was it.  There were only 4 "greats" the rest are just "pretty goods".  The base card design is similar to the past Parkhurst retired player releases of Upper Deck in that it shows either a black and white or color photo of the player with a crisp full-bleed photo.  They also added a marquee of sorts at the botton with the player name and team that gives the cards a nostalgic yet higher end feel.  The base set is 100 cards and has an all-autographed parallel set. 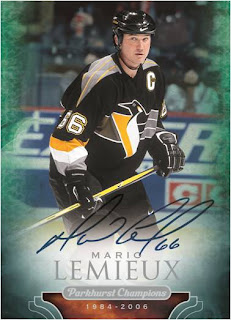 What I am interested in seeing is the Champs cards that have been inserted.  As most of the hockey collector's are already aware, Champs made a quick exit from Upper Deck's stable of releases after only 2 years on the market.  For those of us that have been building complete sets, the reintroduction of Champs to the market can be either a blessing or a curse depending on how you look at it.  First off, it's not a regular release.  You can't go and buy packs or boxes and bust away until the cows come home.  The cards themselves will be the mini's, inserted at a rate of one per pack in the Parkhurst set.  Secondly, there are once again short printed versions, Green Backs (like before), Green Back short prints, Parkhurst Backs, and the rarest of the lot, Parkhurst Back short prints.  This makes a master set next to impossible.

Also included are the mini signatures that have been a big hit with collectors because of their simple design, clean cut look, and of course on-card auto.  These will have a Red Parallel version #'d/5.  But what Champ's set would be complete without the world famous Fossils & Artifacts cards that are inserted once again at a rate of about 1:1,280 packs.  Those are always interesting once they finally start getting mailed out and go up on auctions. 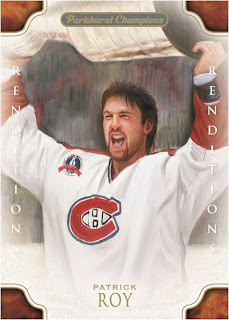 Another resurrection of sorts are the Parkhurst Masterpiece Sketches and Renditions series inserts.  Renditions are set to fall about 2-3 per box and will feature an artist interpretation of one of the many legends that don the checklist.  The Sketch cards will #'d/10.  There will also be a rarer black and white parallel in addition to B&W and Color autograph versions.  Upper Deck's Masterpieces was always a great set and holds traction in all sports.  I have always wondered why they haven't brought it back since it's popularity is sky high.  Now at least we will get a crack at seeing it again, even if it's only an insert.

The most interesting thing about the set in my opinion are the Wire Image cards that are being inserted.  These feature the wire image photo of a major event by each player depicted.  I know a few collectors out there that actually have quite extensive collections of Wire Photos.  These used to be locked down by the services that sent them for many years but in the last 10-20, we have seen an explosion of original photography surface from larger organizational sales as well as private collectors.  Upper Deck has brought this idea to the card sets and featured some of these photos just like they were intended. 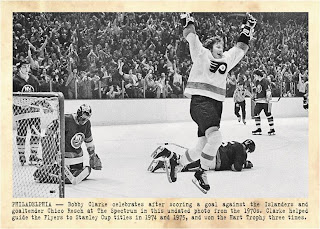 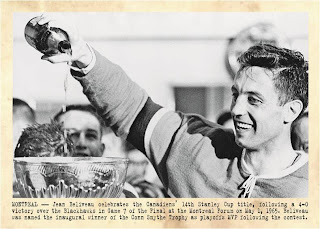 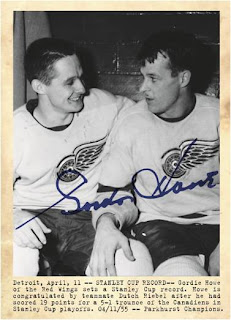 My original plan was to only start with the main Upper Deck set this year and the O-Pee-Chee if there is one.  I think I may add this one to the mix as well.  Each box will have on average two "hits" one being an autograph.  There will be up to 5 wire photo cards with at least 1 being a multi-player photo, 2-3 Rendition cards with the potential for the Sketch or Auto version, and 20 Champ's mini-cards with endless parallel potentials. Already you can find pre-sells on these in the $70-90 range.  Release date is set for October 20th.
This Post Brought To You By dogfacedgremlin at 2:59 PM