All I can say is that if you didn't get a chance to catch the Montreal vs. Boston game last night on either TSN or VS., you missed out.  If you are a fan of clean, skillfully played hockey though, good thing you missed it.

This was by far the craziest game I have seen in many years.  It was highly entertaining with countless fights, brawls, and melees, including ANOTHER GOALIE FIGHT!!! Sort of.  Plus, there were 7 goals scored in about 6 1/2 minutes during the 2nd period.  Final score was 8-6 with the B's knocking off the Canadiens for the first time this year.  But, let's look at what everyone wants to see. 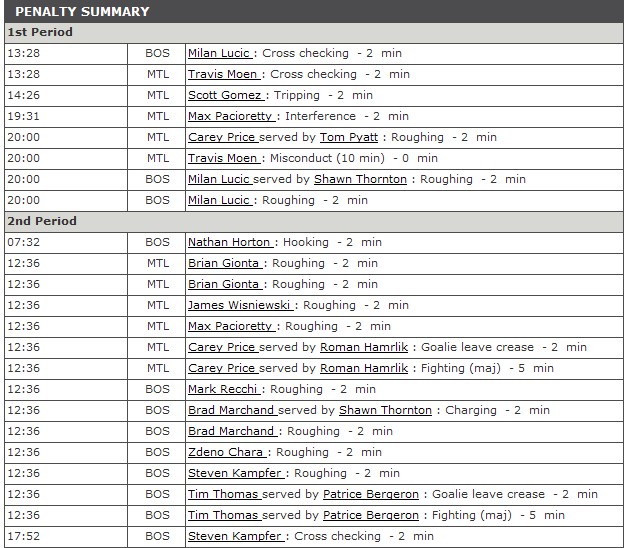 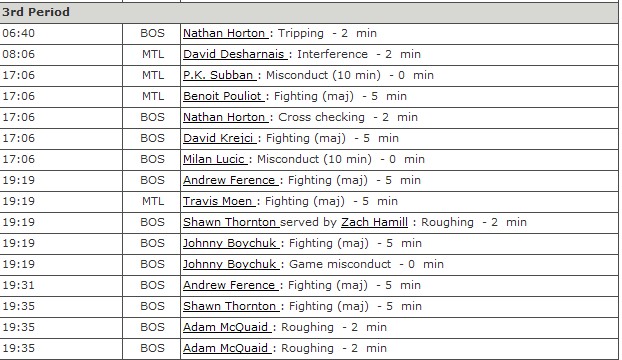 Completely insane!!  All I know is that when these guys meet again, it's going to be a war zone.
This Post Brought To You By dogfacedgremlin at 9:16 PM