The Pens finally made some noise in the early part of the offseason by addressing a few key issues.  The two biggest free agency issues to deal with after the early exit from the playoffs this year were finding a way to get a deal done with both Matt Cooke and Sergei Gonchar.  On that front, the Pens are half done at this point. 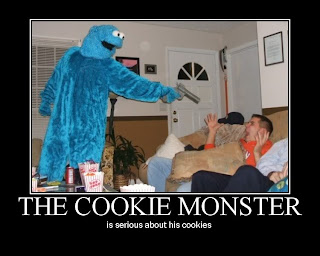 "Cookie", from what I can tell, has a verbal committment to a three year contract.  Of course the financial terms have not been released but simple logic can determine that a player of Cooke's caliber is more than likely going to bring in about $2 million/year.  We will have to wait to see the official numbers.

Say what you want about Cooke's agressive, sometimes overtly dangerous style of play.  He is consistent, leading the team last year in adjusted plus/minus, and wreaks havoc in the neutral zone.  He also has the ability to take the puck all the way to the net and put points on the board as a key component of the Pens third line, along with Jordan Staal and Tyler Kennedy.

Throughout his career, Cooke's performance has been questioned with various instances of "dirty" hits put on other players.  The latest was the hit he put on Marc Savard back in March of 2010, leaving Savard with a concussion and leading the league to pass the controversial "head-shot" rule.  It may actually go down as the Matt Cooke rule (which is no surprise for a Pittsburgh player to cause a rule change in a professional sport...see 1970's Pittsburgh Steelers...half the NFL rules protecting quarterbacks and wide receivers are due to the Steel Curtain from the 70's).

From an editorial side, I don't always agree with Cooke's carelessness on the ice but I know a good pest when I see one.  Despite the change in the overall NHL play style over the last 10 years, and the fact that teams are no longer in the business of employing the designated "goon" for their star protection, I still see a need for a guy like Cooke.  I think the list of teams that wouldn't want Matt is probably pretty short.  He gets under the skin of players and is a can play both sides of the puck very well.  The best part, as you can see by the contract, he is quite affordable in a cap crunch. 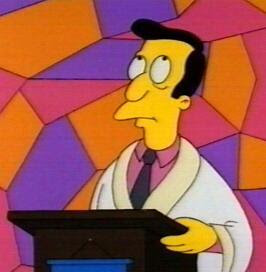 In other news, "Reverend" Ben was also signed to a three year deal which is a two-way contract, paying him for both NHL level and minor level play.  Lovejoy spend 12 games with the Pens last year, putting up a +8.  Although he is inexperienced in the NHL, he is a strong propect.  After going undrafted, the Pens picked him up and assigned him to their Wilkes Barre/Scranton team in the AHL.  Ben did very well and was rewarded with being called up a few times.  His biggest problem at this point is making an impression.  If he wants a permanent roster spot, he is going to have to show he can produce as a two-way defenseman when he gets the opportunity.  Thus far, he is only averaging 1 shot on goal in the NHL vs. 2.7 shots in the AHL.  More pucks on the net could equate to a steady job as a fourth liner on the Pens roster.

Here's hoping we see something soon on the Sarge front.
This Post Brought To You By dogfacedgremlin at 11:02 AM