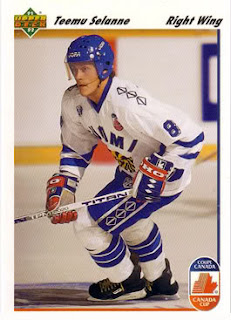 I know this is old news for many of you but congratulations are in order for the Finnish Flash who scored his 600th career goal last night against the Colorado Avalanche.  He joins 17 other NHL'ers that have accomplished this feat.  He is also only the third European born player to get there, along with Jari Kurri and Jaromir Jagr. 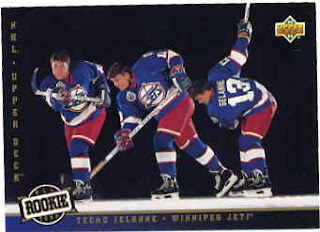 It was a fun goal to watch because after it happened, the entire Ducks bench lept to the ice and mobbed Teemu behind the net for a celebration.  It was great to see and I am glad the league allowed for this event to take place.  Prior arrangements had to be made by the Ducks organization to get permission to stop the game so that a celebration could occur. 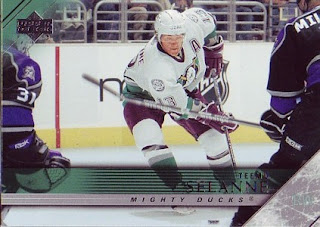 For any non-hockey fans out there, Teemu Selanne was drafted 10th overall by the Winnipeg Jets (who are now the Phoenix Coyotes, who might soon be back in Winnipeg for all we know) back in 1988.  He scored 76 goals in his rookie season and went on to win the Calder trophy.  Only Selanne, and HOFers Mario Lemieux and Luc Robitaille have won the Calder and scored 600 goals. 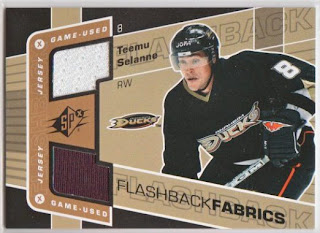 Perhaps the best time of his career was when he was paired with Paul Kariya on the Ducks.  Even Selanne has said that, "Numbers-wise, I had my best years here with Paul and we helped each other so much. Not very often can you find the same chemistry that we had. It was amazing, and they were great memories.”  That they were.
This Post Brought To You By dogfacedgremlin at 4:00 PM