On February 26, 2009, Eric Tangradi was acquired by the Penguins from the Ducks in exchange for Ryan Whitney.  The trade was centered around Chris Kunitz but the thought of getting a prospect with an upside like Tangradi's was very promising.  Therefore, I started my first ever Super Collection.  Here is my adventure.

Some of my favorites are below...Click on the link above to see the Wall Of Tangradi. 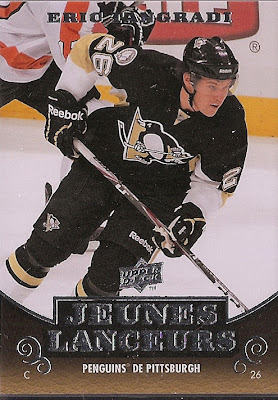 The French version of his Young Guns Upper Deck Rookie.  I just think it looks cool in French. 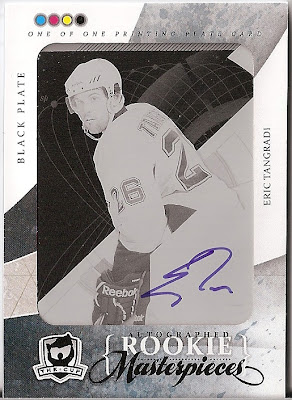 I believe this was my first Printing Plate for any player.  It is even cooler with the autograph. 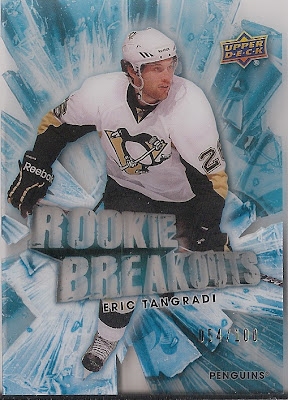 The Rookie Breakouts are an awesome set.  They are acetate, which means you can see through them.  This one is no exception to that. 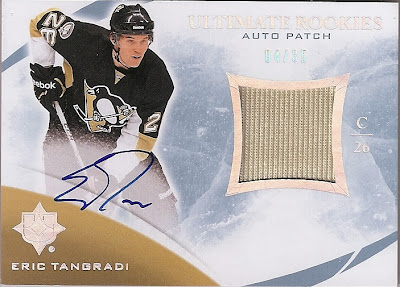 One of the coveted Jersey/Patch Auto variants of any rookie card is a nice piece to have.  Too bad it is a single color swatch.  I have since come up with a few more of these with much cooler swatches. 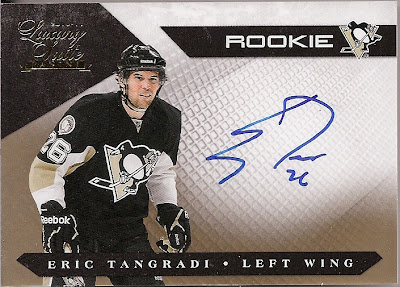 This is the Luxury Suite Gold version.  It's numbered out of 10 copies (I have 2 of these now).  Looks just like the base but with gold in the background.  Anything out of 10 is cool in my book. 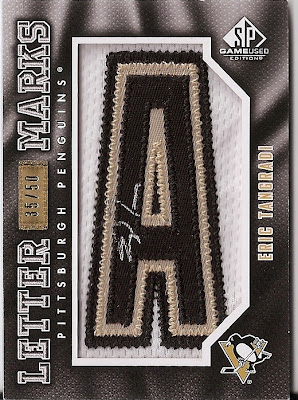 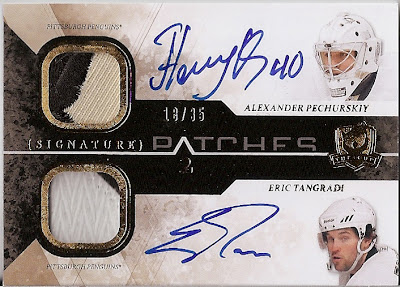 This card is just plain sexy.  I don't know why I like it so much but it is just a well designed and put together specimen of cardboard greatness.  The multi color patches don't hurt either.